Joan Ryan MP has urged the UK government to take further steps to monitor the human rights situation in Turkey, 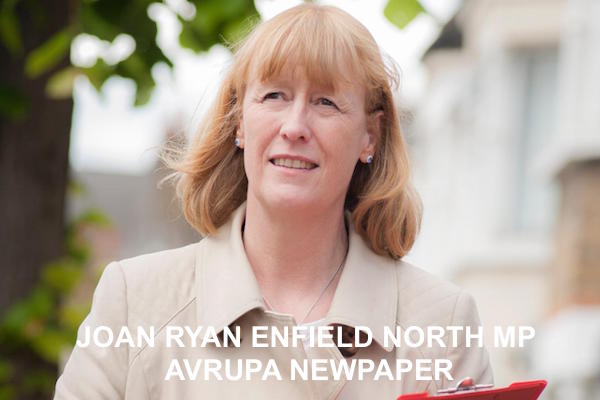 In a letter to the UK Prime Minister, Rt. Hon Theresa May MP, Joan Ryan expressed her _“serious concerns regarding the safety and security”_ of Alevis and Kurds who have been targeted by alleged supporters of President Erdogan.

Since Friday 15th July, when the attempted coup took place, Joan has met with senior representatives from the British Alevi Federation (BAF), and members from the Alevi and Kurdish communities living in Enfield North, to learn more about the impact the current situation is having on their families and friends in Turkey.

_“At a time of rising tensions and with reports of mistreatment and abuse perpetrated against Alevis, Kurds and those who are in detention, it is really important to ensure that the fundamental rights and freedoms of Turkey’s citizens are protected and upheld._

_With President Erdogan’s decision to impose a state of emergency, and to suspend temporarily some of the provisions within the European Convention on Human Rights, the UK Government and others have a responsibility to ensure that Turkey adheres to its international human rights obligations. _

_As Chair of the All Party Parliamentary Group (APPG) for Alevis, and as a proud representative of a large Alevi, Kurdish and Turkish population in my constituency, I will be watching developments in Turkey very closely and will continue to support all efforts to ensure, peace, democracy and the rule of law in the country. _"