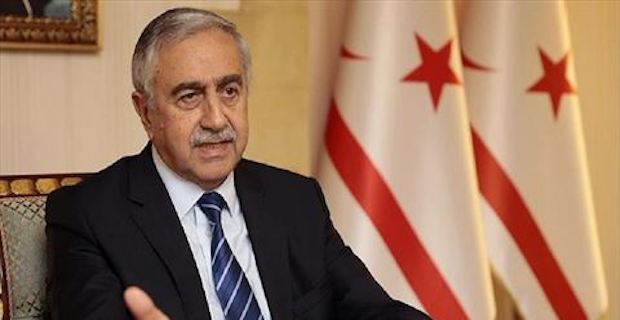 Turkish Republic of Northern Cyprus (TRNC) President Mustafa Akinci expressed hope Sunday for making progress in reviving UN-led talks for a settlement in Cyprus.  Speaking to reporters in Berlin ahead of a trilateral meeting Monday with his Greek Cypriot counterpart Nicos Anastasiades and UN Secretary-General Antonio Guterres, Akinci said he would try to achieve positive results.

“We came here with the hope and intention to make a positive step forward towards a solution to the Cyprus problem,” he said.

“Our wish, our goal would be to give good news to Cyprus.”

Akinci said they would discuss a road map and exchange views on how to create conditions to move forward.

He remained cautious about a probable five-party Cyprus conference in the coming months involving guarantor powers Turkey, Greece and the U.K., saying there is still more work needed to ensure that such a meeting would not be another unsuccessful attempt.

The Cyprus problem has remained unresolved for decades despite a series of efforts by the UN for a lasting settlement between Turkish and Greek Cypriots.

The latest attempt to resolve the problem ended with failure two years ago in Switzerland, and recent tensions in the Eastern Mediterranean have further complicated efforts for a settlement.

The Greek Cypriot administration continues to oppose recognizing the political equality of Turkish Cypriots and claims to be the sole legitimate government of the whole of Cyprus.

Turkey’s intervention as a guarantor power in 1974 had stopped years-long persecution and violence against Turkish Cypriots by ultra-nationalist Greek Cypriots.

Keywords:
Turkish CypriotMustafa AkinciTRNC
Your comment has been forwarded to the administrator for approval.×
Warning! Will constitute a criminal offense, illegal, threatening, offensive, insulting and swearing, derogatory, defamatory, vulgar, pornographic, indecent, personality rights, damaging or similar nature in the nature of all kinds of financial content, legal, criminal and administrative responsibility for the content of the sender member / members are belong.
Related News