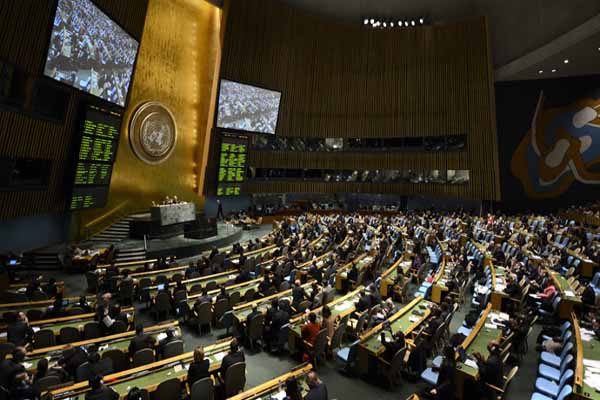 Through the unanimous adoption of a new resolution, the 15-member body welcomed the "progress of the leaders-led negotiations so far and the ongoing efforts of the leaders and their negotiators to reach a comprehensive and durable settlement".

Encouraging "the sides to grasp the current opportunity with determination to secure a comprehensive settlement", the resolution extended the mandate of UN Peacekeeping Force in Cyprus until July 31 and increased the force to 888 from the existing 860 troops.

The council also stressed "the importance, both political and financial, of the supporting role of the international community, and in particular that of all parties concerned in taking practical steps towards helping the Greek Cypriot and Turkish Cypriot leaders to exploit fully the current opportunity".

The eastern Mediterranean island was divided into a Turkish Cypriot state in the north and a Greek Cypriot administration in the south after a 1974 military coup by Greece was followed by the intervention of Turkey as a guarantor power.

The talks that restarted last May are focused on establishing a federal model. "This adoption sends a positive message at a hopeful time for Cyprus," said Britain's UN Ambassador Matthew Rycroft.

He added that "the road ahead will be tough" and "the leaders will need to show continued courage to take difficult decisions.”

"We have a real opportunity ahead to bring this long-running issue to an overdue conclusion," Rycroft said.