Police revise death toll down to 4 including slain attacker 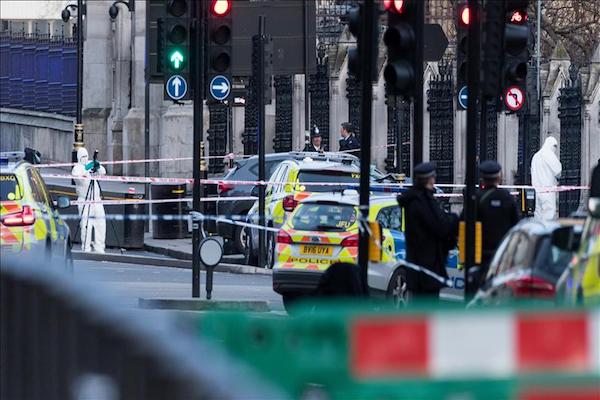 The arrests were made in London, Birmingham and several other locations, according to Metropolitan Police Acting Deputy Commissioner Mark Rowley. Police also revised the death toll down from five to four, including the attacker. It was reported that 29 people hurt in the attack are still being treated in hospital. Seven are in a critical condition. A single unidentified assailant drove into pedestrians on Westminster Bridge on Wednesday afternoon, killing at least two people and injuring dozens more before stabbing a police officer to death directly outside the U.K. parliament.

The slain police officer was identified as 48-year-old Keith Palmer. The assailant was shot dead by police. Speaking on Wednesday night following an emergency security meeting, Prime Minister Theresa May slammed the "sick and depraved" act. Three pupils from the Saint-Joseph de Concarneau high school in Brittany, France, were among those hurt on the bridge, French Foreign Minister Jean-Marc Ayrault confirmed. Mayor of London Sadiq Khan said a vigil would be held in nearby Trafalgar Square on Thursday evening.