Greening resisted a request to move to the welfare and pensions ministry. 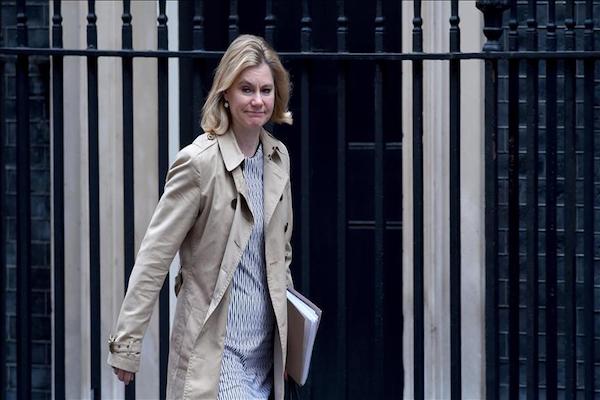 AVRUPALONDON- Greening resisted a request to move to the welfare and pensions ministry.

In her resignation statement, Greening said she would continue her efforts to promote youth development outside the government.

“Honour & privilege to serve in Govt since 2010. Social mobility matters to me & our country more than my ministerial career. I'll continue to do everything I can to create a country that has equality of opportunity for young people & I’ll keep working hard as MP for Putney,” she wrote on her Twitter account.

Damian Hinds has been announced as the new secretary of state for education.

Meanwhile, in a cabinet reshuffle which political columnists described as a reboot, immigration minister Brandon Lewis has been announced as the new Conservative Party chairman, replacing Patrick McLoughlin. James Cleverly has been appointed Lewis’s deputy.

Health Secretary Jeremy Hunt's title has been updated as Secretary of State for Health and Social Care.

David Lidington has become the new minister for the Cabinet Office in a move to replace Damian Green, who resigned last month after admitting to making “misleading” statements about allegations pornography was found on his parliamentary computer.

However, Lidington has not been given Green’s First Secretary of State title.