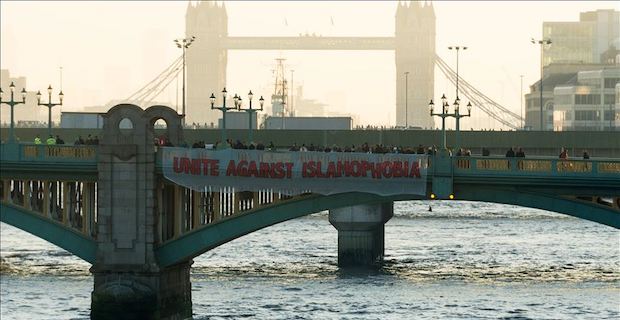 The U.K.’s ruling Conservative Party launched an independent review on Wednesday into discrimination in the party, but immediately garnered controversy over its choice to lead the investigation. Prime Minister Boris Johnson had previously promised an investigation specifically into Islamophobia in his party, but the remit was later broadened to include all forms of discrimination in a move derided by critics.

The figure appointed to lead the examination is Swaran Singh, a former commissioner at the Equality and Human Rights Commission, the U.K. body that is currently investigating the opposition Labour Party for anti-Semitism. Since 2006, Singh has been a professor at the University of Warwick where he teaches social and community psychiatry.

The Muslim Council of Britain (MCB) has previously accused the Conservative Party of “denial, dismissal, and deceit” and having a “blind spot” over Islamophobia.

Johnson denied the charges, but the Conservative Party has previously been forced to suspend local councilors for making Islamophobic comments.

Johnson himself was accused of Islamophobia on the campaign trail. He had written an article accusing women who wear the burqa as looking like bank robbers and letter boxes.

Former Conservative Party Chairwoman Sayeeda Warsi, however, is a vocal critic of Islamophobia within her party, and not only criticized the watering down of the investigation’s remit, which she and other critics viewed as a way to divert focus from Islamophobia.

Warsi and the Muslim body also has reservations over the choice of Singh to lead the investigation.

Warsi criticized his views on the conflict in Kashmir, telling local media: “Having read Swaran Singh’s views – I wasn’t aware of him before yesterday’s announcement – I’m afraid that it doesn’t bode well.”

In an article she quoted, Singh wrote: “It is expedient to focus on the tragedy as one only of Kashmiri Muslims since for many, Kashmiri Sikhs and Pandits do not meet the criteria of victimhood. Kashmiri Hindus can’t be considered victims because they are, well, Hindus… Moreover, the Sikhs won’t claim victimhood.” Singh is Sikh with Indian roots.

In 2016, Singh wrote in a separate article: “It is also not right to expect the U.K. to live up to an unrealistic standard, where every individual is non-racist.”

Indian-administered Jammu and Kashmir have been facing severe lockdown since Aug. 5, 2019, when the Indian government scrapped the special status, which allowed citizens to enact their own laws.

The provisions also protected the region's citizenship law barring outsiders from settling in or owning land in the territory.

Some Kashmiri groups in Jammu and Kashmir have been fighting against Indian rule for independence, or for unification with neighboring Pakistan.

Keywords:
IslamophobiaUK Conservatives
Your comment has been forwarded to the administrator for approval.×
Warning! Will constitute a criminal offense, illegal, threatening, offensive, insulting and swearing, derogatory, defamatory, vulgar, pornographic, indecent, personality rights, damaging or similar nature in the nature of all kinds of financial content, legal, criminal and administrative responsibility for the content of the sender member / members are belong.
Related News