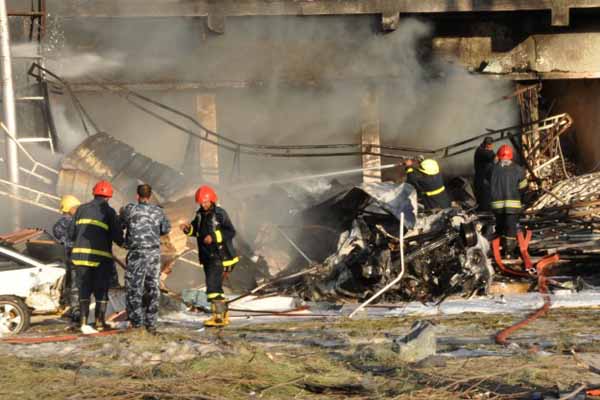 Another 70 were injured in Saturday’s attacks in Kurdish-controlled areas. Security forces said an explosives-laden truck was driven into a four-storey building used to house Kurdish peshmerga fighters on the highway between Kirkuk and Baghdad. In two other attacks, the branch offices of security forces in the Kurdish neighborhood of Rahim Ava, north of Kirkuk, were targeted. Following these attacks, a car-bomb detonated in front of Selahaddin University’s technical institute on the road between Kirkuk and Erbil. Meanwhile, two Islamic State leaders were killed in air strikes by U.S. jets in Iraq's Zamar region on Saturday, a medical source told The Anadolu Agency.  The bombings come as air strikes against IS take a toll on the insurgents and Iraqi federal and Kurdish forces gradually reverse the militants' gains made since June.