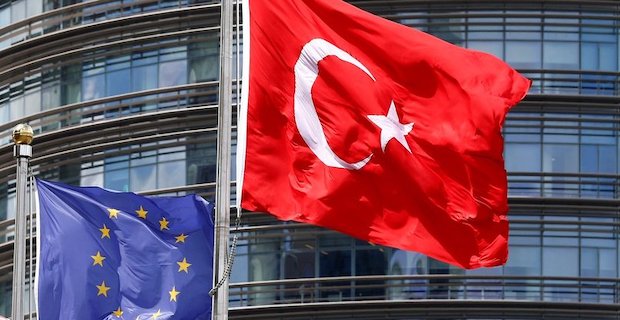 The EU and Turkish officials are set to discuss a range of issues, including an update on Turkish efforts on domestic reforms in the areas of judiciary and fundamental rights, an EU official said Tuesday.

Speaking to Anadolu Agency on condition of anonymity, the official said: "We'll be asking for an update on the reform [from Turkey]. You'll remember that the Reform Action Group gathered in August and said they would like to carry reform on the basis of EU and Council of Europe standards and norms. The next meeting of the action group is already in mid-December. We would like to get an update [to see where Turkey is]."

He said the EU cautiously welcomed the reform action group outcome in August seeking to overhaul the judiciary and forming a new human rights action plan.

Turkey does not want any “political setback” in its negotiations with the EU but expects enhanced EU support on counter-terrorism, namely against terror groups such as the PKK, the Fetullah Terror Organization (FETO) and Daesh, in Europe.

Speaking at a joint news conference following the 4th Reform Action Group held late August, Cavusoglu said: "We want to receive something in return for our efforts, including a visa-free regime, and we don’t desire any political setback.”

A joint declaration, issued following the meeting, stressed measures and improvements in counter-terrorism.

On Turkey-EU relations, the declaration he said: “We [Turkey] primarily expect the EU to revive the accession talks.”

Turkey applied for EU membership in 1987 while accession talks began in 2005.

The talks between Turkey and the EU stalled in 2007 due to the objections of the Greek Cypriot administration in the divided island of Cyprus, as well as opposition from Germany and France.

Keywords:
Ankaras Reform EffortsAnkara Reform
Your comment has been forwarded to the administrator for approval.×
Warning! Will constitute a criminal offense, illegal, threatening, offensive, insulting and swearing, derogatory, defamatory, vulgar, pornographic, indecent, personality rights, damaging or similar nature in the nature of all kinds of financial content, legal, criminal and administrative responsibility for the content of the sender member / members are belong.
Related News