Nationwide demonstrations against president planned for Friday despite mass arrests 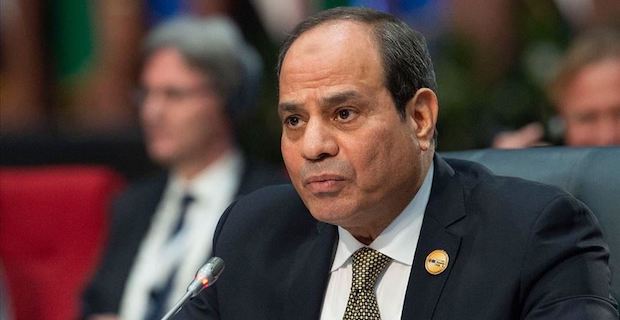 Egyptian President Abdel Fattah al-Sisi on Friday asked citizens not to heed to calls of protest against him, local media reports said. He pointed to the possibility of requesting the people to take to the streets in a show of support for him, private broadcaster Extra News reported.

Notably, al-Sisi in mid 2013 called for rallies of support when he was minister of defense, before staging a military coup in which he overthrew late Mohamed Morsi, the country's first democratically elected president.

Al-Sisi arrived in Cairo from the U.S. earlier Friday after attending the UN General Assembly session.

He was received by a rally of supporters for the first time since he took power in 2014.

Egypt is expected to witness demonstrations against the president on Friday despite mass arrests made to quell protests.

Last week, hundreds of Egyptians took to the streets to protest against rising economic hardships due to ongoing austerity measures.

Keywords:
EgyptAbdel Fattah Al-Sisi
Your comment has been forwarded to the administrator for approval.×
Warning! Will constitute a criminal offense, illegal, threatening, offensive, insulting and swearing, derogatory, defamatory, vulgar, pornographic, indecent, personality rights, damaging or similar nature in the nature of all kinds of financial content, legal, criminal and administrative responsibility for the content of the sender member / members are belong.
Related News