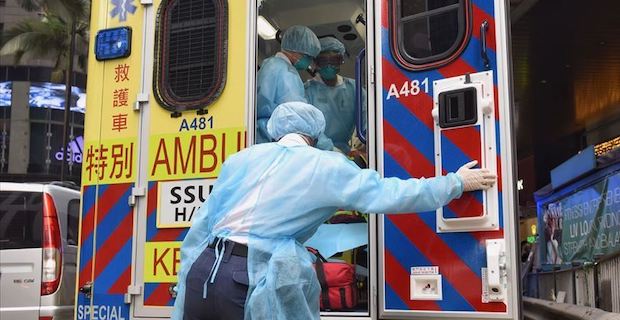 The death toll in China from the novel coronavirus outbreak has climbed to 80, the country's health department said Monday. According to the National Health Commission, there were 2,744 confirmed cases of pneumonia caused by the coronavirus, also known as 2019-nCoV, including 461 in critical condition.

A total of 5,794 suspected cases had also been reported.

The commission said a total of 32,799 close contacts have been traced, with 30,453 of them under medical observation and 583 others discharged.

The pneumonia situation had resulted in 80 deaths, including 76 in Hubei province and one each in Shanghai, Henan, Hebei and northeast Heilongjiang province,” China’s state-run Xinhua news agency reported, citing the National Health Commission.

In addition, eight confirmed cases have been reported in Hong Kong, five in Macao and four in Taiwan.

The virus, which originated in Wuhan city, has spread across 29 provinces in the country.

A total of more than 30 cases have been reported in Japan, North Korea, South Korea, Thailand, the U.S., Singapore, France, Malaysia, Australia and Vietnam.

Chinese authorities on Sunday announced plans to extend the Lunar New Year holiday which was originally set to end on Jan. 30