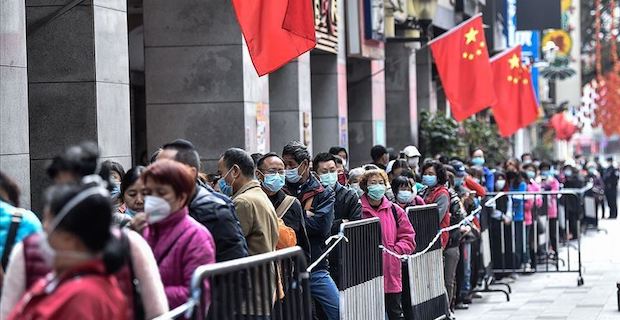 The death toll in China from the novel coronavirus outbreak climbed to 361, the country’s National Health Commission (NHC) said Monday. In a statement, the commission said it has so far received a total of 17,205 confirmed cases, adding a total of 57 people died over the last 24 hours. “So far, 189,583 people have been identified as having had close contact with infected patients. 152,700 are now under medical observation,” the statement said. Meanwhile, a 44-year-old man reportedly died of the coronavirus in the Philippines, the first confirmed death outside China, according to the World Health Organization's local office on Sunday.

The patient was a Chinese national from Wuhan city, where the virus was first detected.

The NHC also announced the bodies of those who died due to the outbreak will be burned in crematorium areas near the hospital.

It raised alarm globally with cases reported across Asia, Europe, the U.S. and Canada.

Spain confirmed Saturday its first case in one of five suspected German tourists in La Gomera, one of the islands in Spain’s Canary Island chain.

The U.S. declared a public health emergency due to the new type of coronavirus epidemic.

Russia on Saturday suspended the visa-free travel for tourists to and from China.

Travelers from China are being screened for the virus at airports worldwide and several airlines suspended flights to Wuhan.

The World Health Organization declared the outbreak an international emergency.

Keywords:
CoronavirusChinas National Health Commission
Your comment has been forwarded to the administrator for approval.×
Warning! Will constitute a criminal offense, illegal, threatening, offensive, insulting and swearing, derogatory, defamatory, vulgar, pornographic, indecent, personality rights, damaging or similar nature in the nature of all kinds of financial content, legal, criminal and administrative responsibility for the content of the sender member / members are belong.
Related News