Biden to hold phone call with Putin on Thursday 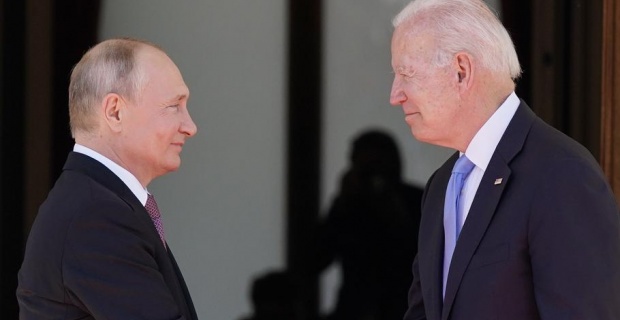 US President Joe Biden will hold a phone call with his Russian counterpart Vladimir Putin on Thursday "to discuss a range of topics, including upcoming diplomatic engagements with Russia," said a senior official.

In a statement on Wednesday, National Security Council spokesperson Emily Horne said the Biden administration continues to engage in extensive diplomacy with its European allies and partners, consulting and coordinating on a common approach in response to Russia's military buildup near Ukraine.

She said the US president has spoken with leaders across Europe, and officials from the Biden administration have engaged multilaterally with NATO, the EU, and the Organization for Security and Co-operation in Europe (OSCE).

"Officials have also held numerous consultations with their counterparts, including those from eastern flank countries bilaterally and in the B9 format as well as Ukraine," said Horne.

The B9 Format is an initiative of Romania and Poland, which also includes Bulgaria, Hungary, Czech Republic, Slovakia, Lithuania, Latvia, and Estonia.

According to CNN which cited an administration official, the call was requested by Putin, and Biden accepted because "he believes when it comes to Russia there is no substitute for direct leader-leader dialogue."

Earlier in the day, US Secretary of State Antony Blinken spoke with Ukrainian President Volodymyr Zelensky, reiterating the US' support for Ukraine's independence, sovereignty, and territorial integrity in the face of Russia's military buildup on Ukraine's borders.

"The two discussed efforts to peacefully resolve the conflict in eastern Ukraine and upcoming diplomatic engagements with Russia," said the Department of State.

Keywords:
Vladimir PutinJoe BidenRussiaUS
Your comment has been forwarded to the administrator for approval.×
Warning! Will constitute a criminal offense, illegal, threatening, offensive, insulting and swearing, derogatory, defamatory, vulgar, pornographic, indecent, personality rights, damaging or similar nature in the nature of all kinds of financial content, legal, criminal and administrative responsibility for the content of the sender member / members are belong.
Related News