Azerbaijan and Turkey: Before and After the Attempted Coup 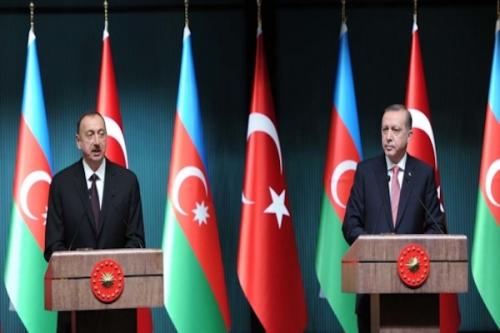 Turkey experienced several military coups in its history. The Turkish Military Forces seized the power twice; in 1960 and 1980 and forced the governments to resign in 1971 and 1997. As a part of the first military coup of Republic of Turkey on 27th of May, 1960, over 200 generals, including the Chief of General Staff of the time, President and Prime Minister were arrested by the military group that seized the power. After staying in power for 10 years, the Democrat Party’s term ended with the military coup on 27th of May, 1960; however, preparations for the military coup started earlier with the establishment of various juntas within the military in  the 1950’s. In various units across the country, different groups either independent from each other or at times in communication started to get ready for the coup in order to overthrow the Democrat Party beginning from the 1950’s. [1] The coup by the Turkish Military Forces on 12th of September 1980 were staged within the chain of command and following 27th of May, 1960 coup and 12th of March, 1971 memorandum, it was the third clear intervention of military forces to a government in the history of Republic of Turkey.

An attempted coup took place on 15-16th of July, 2016 by a group of soldiers within the Turkish Military Forces that define themselves as “Peace at Home Council”.

Azerbaijan declared its independence on 9th of October, 1991 and Turkey became the first country to recognize its independence on 30th of August, 1991. With the protocol between Turkey and Azerbaijan on 14th of January, 1992, the relations were formalized and the consulate general that was working as Turkey’s representation was raised up to the level of embassy. [2] Currently, Turkey’s Baku Embassy and Nakhichevan and Ganja Consulate Generals are in operation, while Azerbaijan has an Embassy in Ankara and also consulate generals in Istanbul and Kars. [3]

A positive environment in political, economic and cultural fields between Turkey and Azerbaijan relations has been witnessed since 2014. Bilateral relations are maintained in global, national and regional issues and also in every possible business sectors.

The Russian Federation Air Forces’ Sukhoi Su-24M type plane was taken down by the Turkish Air Forces due to a border violation on 24th of November 2015. The plane crisis on the 24th of November was a breaking point for the Russia-Turkey relations; however, right after the crises Azerbaijan strongly supported Turkey when it was facing pressure. Following the incident that took place with Russia, Moscow aimed to pressurize Turkey. To that end, Russia ratified a bylaw with 6 articles against Turkey which had various economic sanctions including a ban on certain Turkish products. [4] Despite these events, Azerbaijan opened its doors for Turkey in December of 2015 and provided every opportunity in order to enable the transportation of Turkish trucks to Central Asian countries (Kazakhstan, Kyrgyzstan, Tajikistan) through Caspian Sea.

German Parliament recognized the events of 1915 related to Armenians during Ottoman era as “genocide” on the 2nd of June, 2016.  In almost every accepted draft, it is reflected that Ottoman committed a genocide against Armenians.[5]

This decision was considered unfair and illegal by Azerbaijan. Germany was rightly criticized by Azerbaijani President for ignoring “Khojaly Massacre.”[i] At such a difficult time, it was once again Azerbaijan that became the first country to support Turkey. During Turkey’s Prime Minister Binali Yıldırım’s visit to Azerbaijan in June, Azerbaijan President İlham Aliyev supported Turkey and condemned German Parliament’s decision to recognize the events of 1915 as genocide. Azerbaijani İlham Aliyev expressed his views on the issue: “We condemn the ‘1915’ decision of Germany. Armenian issue is an excuse for Germany. Azerbaijan stands by Turkey as always…”

Azerbaijan’s reaction was not limited to only this. For example, within the scope of the visit to Germany in June of 2016, Azerbaijani President İlham Aliyev responded harshly to the decision of German Parliament and cancelled the meetings with the members of ‘German Inter-parliamentary Friendship Group.’ This is only one of the examples of significant support Azerbaijan provided for Turkey at the national level.

Reaction of Azerbaijan against the Coup

Azerbaijan’s Ministry of International Affairs declared to be in support of Turkey and considered the events of 15th July a coup against democratically elected, legal government on its official declaration on 16th of July. [7]Azerbaijani President İlham Aliyev defined the incident as “horrifying murder” in his letter to Turkey’s President Recep Tayyip Erdoğan. [8]

İlham Aliyev stated in his letter: “Dear President, Beloved Brother, last night, I saw the incidents regarding the attempted coup in Turkey with a deep sadness and discomfort. This is a horrifying murder against Turkey as a state and also Turkish people, their will and choice.  Azerbaijani state and people which always stand by Turkish people and state strongly condemns this murder committed against Turkey’s constitution and democracy and considers it unacceptable. I am sure as a result of what you did by demonstrating unity between Turkish people and government, the situation will improve soon and go back to normal. My dear brother, on behalf of Azerbaijani people and myself I would like to express my condolences to the family and relatives of martyrs who lost their lives in order to stop the attempted coup and wish a quick recovery for the injured people.”

This was not the end of statements from Azerbaijan. Azerbaijani parliament members, state authorities and the Minister of Extraordinary Affairs, Kemaleddin Haydarov, also condemned the attempted coup. Thus, it is thought that political relations between Turkey and Azerbaijan got stronger following the coup on 15th of July.

Hassanov, F. (September, 2016), “Improving Political Relations between Azerbaijan and Turkey: Before and After the Attempted Coup on 15th of July ”, Vol. V, Issue 8, pp.12 – 19, Centre for Policy and Research on Turkey (ResearchTurkey), London, Research Turkey. (http://researchturkey.org/?p=12838)