At least six people were killed and 202 others injured when a magnitude 6.6 earthquake jolted the city of Izmir

Search and rescue work continues around 12 destroyed and damaged buildings in the city of some 4.37 million – Turkey’s third-largest city by population. 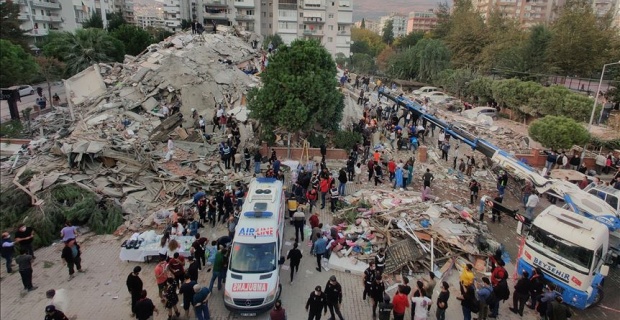 At least six people were killed and 202 others injured when a magnitude 6.6 earthquake jolted the city of Izmir on the Turkish Aegean on Friday, according to the nation’s disaster agency.The Disaster and Emergency Management Authority (AFAD) said the quake occurred at 2.51 p.m. local time (1151GMT) at a depth of 16.54 kilometers (around 10 miles).At least 67 aftershocks, 13 of them over 4.0 magnitude, were recorded after the quake, the agency said.Search and rescue work continues around 12 destroyed and damaged buildings in the city of some 4.37 million – Turkey’s third-largest city by population.

Over 50 vehicles and nearly 200 rescue workers were dispatched to the scene, the disaster agency added. 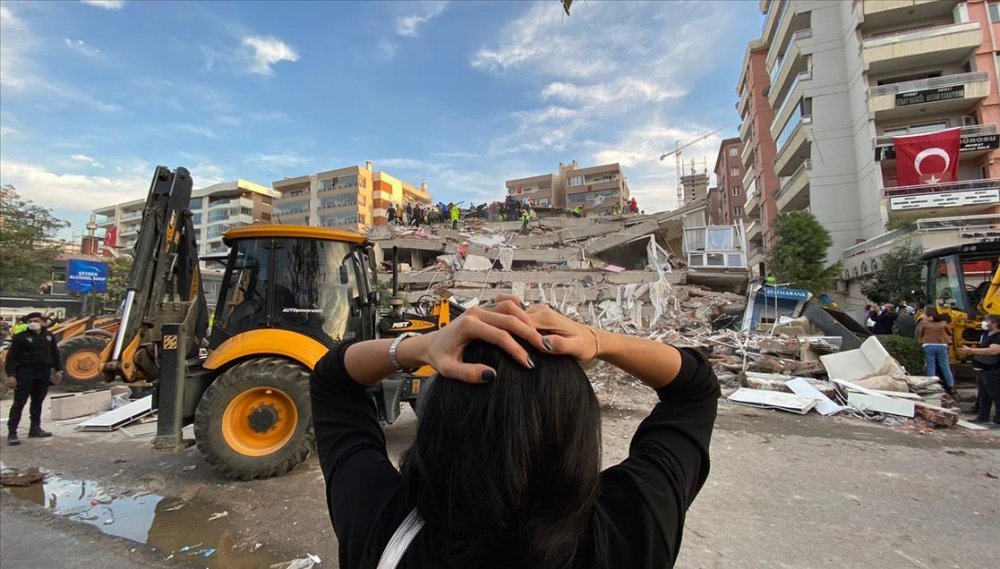 The Turkish Red Crescent also sent 48 staffers, 16 vehicles, and a mobile kitchen which has the capacity to serve over 25,000 people.The rescue agency also said emergency aid of 5 million Turkish liras (around $600,000) was sent to the region by the Family, Labor and Social Services Ministry.So far 70 people have been rescued from the debris, said Izmir Governor Yavuz Selim Kosger.He added that there was a partial tsunami in the coastal district of Seferihisar, where at least one person was injured.

The National Defense Ministry has established a crisis desk in the wake of the earthquake, and two military helicopters are taking part in search and rescue efforts.Istanbul Governor Ali Yerlikaya said the quake was also felt in the metropolis, some 328 km (204 mi) north of Izmir, but it had not seen any ill effects.Interior Minister Suleyman Soylu said several neighboring provinces in the region, including Usak, Denizli, Manisa, Balikesir, Aydin, and Mugla, sustained minor damages to some buildings.

Adil Karaismailoglu, the transportation and infrastructure minister, said that there were no problems in transportation or communication following the tremor.Energy and Natural Resources Minister Fatih Donmez said ministry teams were directed to the region to avoid any problems with energy supplies.Expressing solidarity, President Recep Tayyip Erdogan said that Turkey stands by its "citizens affected by the earthquake."

"We took action to start the necessary work in the region with all our relevant institutions and ministers," Erdogan added.

The National Observatory of Athens’ Institute of Geodynamics initially put the magnitude of the quake at 6.6 but later revised it to 6.7. The quake struck northwest of the Greek island of Samos in the Aegean Sea, said the observatory.

Keywords:
Earthquake IzmirCity Of Izmir
Your comment has been forwarded to the administrator for approval.×
Warning! Will constitute a criminal offense, illegal, threatening, offensive, insulting and swearing, derogatory, defamatory, vulgar, pornographic, indecent, personality rights, damaging or similar nature in the nature of all kinds of financial content, legal, criminal and administrative responsibility for the content of the sender member / members are belong.
Related News