Will the Kebap Robot be a part of the kebap industry

How does the kebap robot function 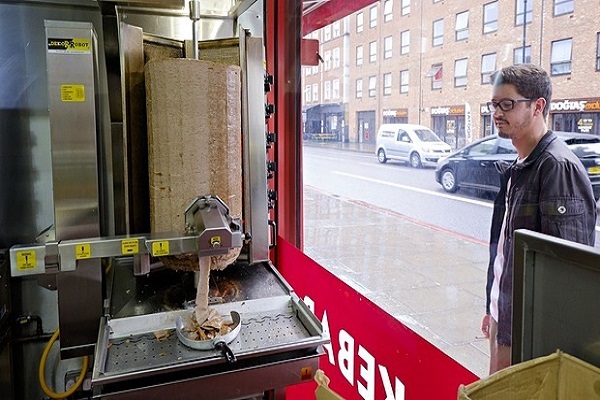 For years, the Super Kebab takeaway in north London has – like all kebab shops employed a man with a big knife to slice doner meat off of a rotating skewer. Despite its award-winning pedigree – it was named the best takeaway in London earlier this year – manual kebab slicing has been given the elbow, supplanted by a futuristic robot arm. The Atalay doner robot, which, guided by sensors, glides up and down the tower of meat, slicing off perfect cuts of lamb to be stuffed into a pitta bread (salad remains optional). The unusual piece of equipment – the first to be installed in a UK kebab shop, according to owner/manager Hakan Gorenli – had been shipped over from Turkey – a nation that knows its kebabs – and costs around £5,000. (http://www.theguardian.com)