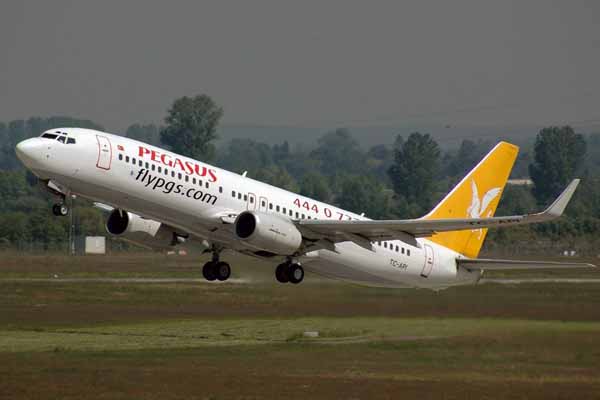 LONDON – (10 November 2015) Pegasus Airlines has released its financial results for the first nine months of 2015. During this period, Pegasus’ sales revenue increased by 14 per cent year-on-year to reach 2.7 billion TL. Pegasus also achieved an operational EBITDAR (profit before tax, interest, amortization and rent costs) of 636.6 million TL, an increase of 22 percent, and its cost per available seat kilometer decreased by 2 percent to 3.93 Euro cents. Pegasus carried 16.84 million guests during the first nine months of 2015, translating to a year-on-year increase of 12.1 per cent, while it increased its block hours by 15.6 percent to 205,839. During the same period it operated 114,267 flights, 66,844 on domestic routes within Turkey and 47,423 on its international network, marking a year-on-year increase of 13.7 percent.

During the first nine months of 2015, Pegasus Airlines added London Gatwick, Oslo, Kutaisi, Erbil and Ovda to its international network and within Turkey, Kastamonu, Ordu-Giresun and Kars. Pegasus currently flies to 103 scheduled destinations in 40 countries, comprising 33 domestic and 70 international destinations.

Turkey's leading low-cost carrier offers its guests affordable, on-time flights with a young fleet under the auspices of its low-cost model. Pegasus Airlines flies schedule services to 33 destinations in Turkey and 70 in the rest of the world, with a total network of 103 destinations in 40 countries.

Due to its continuous expansion, Pegasus was named “The Fastest Growing Airline” of Europe's major scheduled airlines in terms of seat capacity for 2011, 2012 and 2013 by the Official Airline Guide (OAG).