London Underground reveals blueprint for station designs of the future

The principles mean that London Underground will conserve and create stations that: 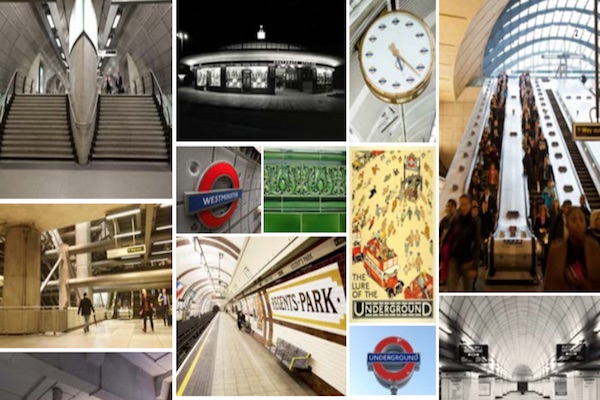 AVRUPA TIMES/LONDON-The vision outlined in the Idiom covers every aspect of station architecture and ambience from pavement to platform. The Idiom provides a set of nine design principles that will be applied to every style of station and project, from small-scale repairs to major refurbishments and new stations. This will ensure stations are developed and built with uniformly high standards of design, which retain and celebrate individuality and local character while forming part of a cohesive network.

The principles mean that London Underground will conserve and create stations that:

·         Provide simple, clean and uncluttered spaces for the benefit of customers;

The Idiom builds on over 150 years of pioneering attitudes and attention to detail in order to create both functional and inspiring customer environments. This includes a new approach to lighting, which moves away from overly lit, harsh spaces to more warm environments that use light to highlight key areas for customers such as essential information and ticket machines. As well as a comprehensive network-wide station categorisation based on architectural type, showcasing the colours, materials and special features.

Gareth Powell, London Underground’s Director of Strategy & Service Development, said: “Our stations are important public spaces; for our customers to enjoy, our staff to work in and as a defining part of what makes London great.  This Design Idiom is about ensuring we put great design at the heart of what we do for now and the future.”

Daniel Moylan, Chairman of the Mayor’s Design Advisory Group, said: “The Advisory Group welcomes the Idiom and its considered approach to the future look and feel of London Underground’s station estate. Of particular note is the focus on ensuring that customer environments are both functional and inspirational, celebrating heritage features where they currently exist and integrating world leading works of art where appropriate. The Idiom represents a great step forward in station design, and the Group looks forward to seeing it rolled out across the network over the coming years”.

The innovation of the Idiom has been recognised in the 2015 London Design Awards as it has been awarded a Gold award for Proposed Architecture. Commenting on the award, Mark Bergin, Chair London Design Awards, said: “The Idiom was recognised as a sophisticated design solution for a demanding brief. It leveraged recent design research to propose guidelines to address a new approach to designing Tube stations. The Idiom demonstrates Transport for London as a worthy recipient of the Design Champion Award."

David West from Studio Egret West, said: “We are delighted to be involved in the London Underground Station Design Idiom project at such a pivotal point in the network’s evolution and to receive recognition for it already. Not since the days of Frank Pick has there been such an opportunity to holistically rethink the network’s design approach. Nine key principles shape the Design Idiom starting with Balance, where the iconic roundel is used to demonstrate the crucial balance between network consistency and local specificity.”

The Idiom launch is part of ‘Transported by Design’, a series of events and exhibitions that explore good design on the transport network and its role in the lives of the millions of customers who use it each day. The exciting programme, led by Transport for London (TfL) and the London Transport Museum, includes an exhibition of the Idiom which is currently on at Platform behind Southwark Underground station*. This exhibition is open for public viewings on the second Friday and Saturday of each month in the first quarter of 2016, from 11am – 7pm. The exhibition can also be viewed by appointment by emailing designLU@tfl.gov.uk