The Government’s decision to prioritise funding for apprenticeships only meets some of the needs of FE Colleges and adult learners in Enfield, 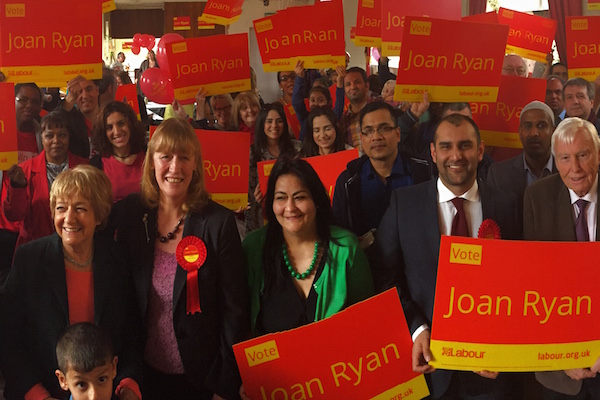 Having secured a debate in Parliament on this issue, on Friday 20th November, Ms Ryan raised specific concerns with how the Government’s policies have affected Barnet and Southgate College, the College of Haringey, Enfield and North East London (CONEL) and Capel Manor College. They have suffered an almost 30% reduction in funding for non-apprenticeship adult skills training since 2014. This figure includes sudden cuts over the Summer after budgets had already been signed off for the current academic year. CONEL has made 42 teaching posts redundant in 2015 whilst Capel Manor College has had to turn away more than 700 students over the past two years.

The Government’s decision to prioritise funding for apprenticeships only meets some of the needs of FE Colleges and adult learners in Enfield, Ms Ryan said. Adults at CONEL face “significant barriers – such as childcare responsibilities – which prevent them from working the 30 hours a week needed to be an apprentice” according to the testimony provided by the College’s Principal and Chief Executive, Andy Forbes. As London’s only specialist land-based College, Capel Manor, caters to a sector made up of mostly micro-businesses and volunteer and charitable organisations and “these are areas in which apprenticeships cannot really work or there are too few opportunities on offer”, Joan Ryan said.

“Given we witnessed a 14% rise in Enfield’s population between 2001 and 2011, it is common sense to suggest that if we see the same level of growth over the next ten years – with many more adults coming into the Borough –even greater demand for adult skills training will follow.

However the cuts to adult education are jeopardising the ability of Colleges to support adult learners in Enfield and elsewhere – this is a wrong and short-sighted policy.”