The charity match of Liverpool 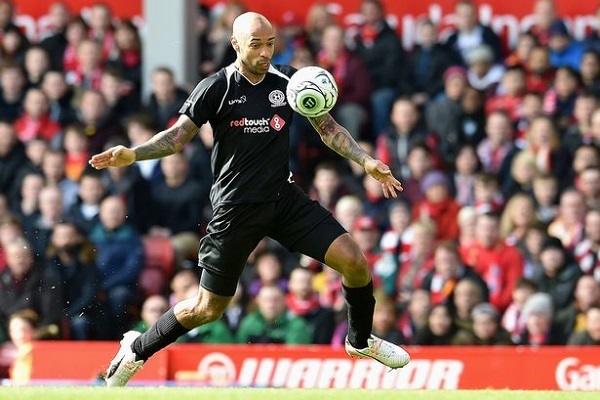 Thierry Henry has hailed Liverpool’s fans after playing in the 2-2 draw in the All-Star charity match at Anfield. The 1998 French World Cup winner wowed Reds fans with his full repertoire of skills, including an outrageous disguised pass when he motioned to swing one leg, before hitting the ball with another. Playing for Steven Gerrard’s team, the 37-year-old came up against his fellow Sky Sports pundit Jamie Carragher - who once described him as his toughest ever opponent – but it was the famous Anfield atmosphere that Henry enjoyed most about the occasion. (www.liverpoolecho.co.uk)