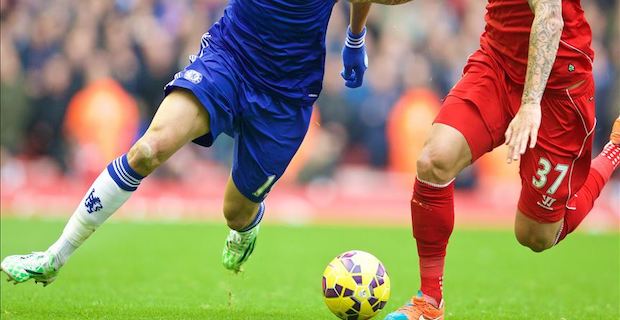 The English Premier League returned Wednesday with two matches following a 100-day hiatus due to the coronavirus pandemic.  Aston Villa drew goalless with Sheffield United at Villa Park in their first match after the league's resumption. Manchester City returned to the league with a victory as they hammered Arsenal 3-0 at the Etihad Stadium.

Raheem Sterling, Kevin De Bruyne and Philip Foden were the scorers for Manchester City and Arsenal ended the match with 10 players after David Luiz was shown a red card in the 49th minute. Manchester City increased their points to 60 and are in second place in the standings while Arsenal has collected 49 points in 29 matches. All of the teams’ players took a knee for 10 seconds to show their solidarity with the Black Lives Matter movement ahead of both matches.

Keywords:
Manchester CityPremier LeagueSheffield UnitedAston Villa
Your comment has been forwarded to the administrator for approval.×
Warning! Will constitute a criminal offense, illegal, threatening, offensive, insulting and swearing, derogatory, defamatory, vulgar, pornographic, indecent, personality rights, damaging or similar nature in the nature of all kinds of financial content, legal, criminal and administrative responsibility for the content of the sender member / members are belong.
Related News