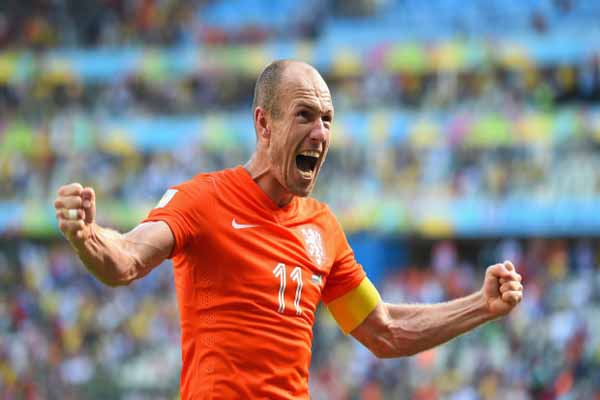 Late substitute goalkeeper Tim Krul's heroics in a nail-biting penalty shoot-out booked a semifinal showdown against Argentina. During the first half the Netherlands dictated the tempo of the game, however they could not score the leading goal. Costa Rican goalkeeper Keylor Navas, who has eventually been elected "man of the match" on Fifa.com, made many saves. Thirty-nine minutes into the game, Dutch midfielder Wesley Sneijder's long range curling missile from free kick was deflected by Navas. One of the most unlikely success stories of the World Cup, Costa Rica generally played in a disciplined way, trying to hit the European giants on breakaways. In the 82nd minute, a free kick taken by Sneijder rattled the post, with the Netherlands increasing the pressure as the clock was ticking down. Through the stoppage time, forward Robin van Persie whiffed a cross made by Sneijder.  In the last minute of the game, no Dutch player could find the net in a scramble in Costa Rican penalty area thus the game went to extra-time. Four minutes into the extra-time, Dutch defender Ron Vlaar's header was blocked by Costa Rican goalkeeper Navas. In the 117th minute Costa Rica was very close to score the winning goal when Marcos Urena's close range shot was denied by Dutch goalkeeper Jasper Cillessen. Two minutes later, Sneijder has taken a curvy shot from outside but hit the crossbar again.  In stoppage time and in an unexpected move, the Dutch side's goalkeeper Cillessen was replaced by Tim Krul for penalties.  Krul saved two penalties during the shoot-out and made his team qualify for the semis in 2014 FIFA World Cup. The Netherlands will take on Argentina in semi final showdown to be played at Arena de Sao Paulo on Wednesday.