A host of improvements are being served for tennis enthusiasts in Enfield, just in time for the start of the summer sports season. 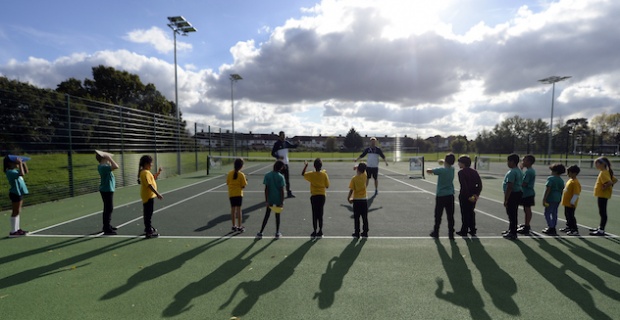 Book and play. A host of improvements are being served for tennis enthusiasts in Enfield, just in time for the start of the summer sports season.
All of the local authority’s courts are being provided with new nets, while Enfield Council and the LTA (Lawn Tennis Association) have teamed up to introduce an easy-to-use booking system so that everyone gets a fair chance to use the borough’s fantastic facilities.In addition, the refurbishment of combined tennis and dual purpose tennis/netball courts at Broomfield Park, Palmers Green, is nearing completion. The courts are ready to use and Enfield Council has decided that these will be free to book between 9am and 5pm until the end of the month.

The resurfaced and partially reconstructed courts will also benefit from new floodlighting to allow them to be used throughout the year. New gate access technology for the courts is also being installed. 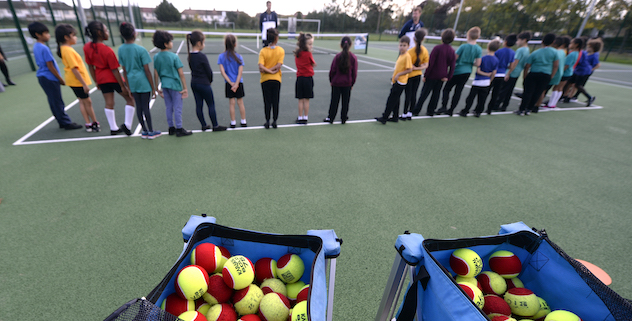 Funding for this refurbishment has come from Sport England’s Community Asset Fund, the London Marathon Charitable Trust and Enfield Council. The installation of the gate access technology and the online booking functionality has been funded by the LTA.

The improvements will ensure that both tennis and netball can continue to succeed at a competitive level and will encourage visitors from a wide area, which will support local businesses as well as the park itself. These and the other borough’s courts are available to book via Clubspark Enfield at https://clubspark.lta.org.uk/tennisinenfield.

It is hoped that the booking system will help to create a more positive experience for players, resulting in more people using the courts throughout the year. Importantly, the courts that are currently free to use will remain free.

In addition to booking via the Clubspark Enfield page, it also means players can now easily book tennis courts through LTA Rally – the national digital platform launched last year that allows people to find courts, coaches and people to play with near them in a matter of minutes.

Insight from LTA shows that while demand is high for tennis, people want a simple, convenient and flexible way to find a court and play tennis, without necessarily incurring the commitment or costs of becoming a member of a club.

Enfield Council’s Cabinet Member for Environment, Cllr Rick Jewell said: “Tennis is a brilliant sport and can be enjoyed by the whole family and people of all abilities. Enfield uniquely has a high number of public courts available and this system of booking will make tennis more accessible for all. For many, tennis has been hugely important during the pandemic as you can play easily while maintaining social distancing. As the tennis season hots up, I look forward to seeing more people using the courts through the summer and beyond.”

Amanda Robinson, Participation Development Partner at the LTA, said: "It is great to see the installation of new gate access systems across Enfield’s park courts completed. Alongside LTA Rally, it helps to overcome what we know is one of the biggest barriers people experience in wanting to play tennis in easily finding and booking a court.  We hope the new systems will encourage more and more people in the borough to get active through tennis, regardless of their age, background, ability or disability. The LTA’s vision is to open up tennis and its benefits to more people, and this project forms part of our nationwide facility investment strategy which is designed to do just that.”

For more information on sports in the borough and updates on the development at Broomfield Park, make sure you sign up to Enfield Council’s newsletters at www.enfield.gov.uk/enewsletters . - Ends

The Lawn Tennis Association is the national governing body for tennis in Great Britain
The LTA has launched a nationwide strategy to make tennis facilities more accessible. Gate access systems are being offered to local authorities for parks in identified priority locations on a fully funded basis as part of a £7m investment programme by the LTA, with hundreds of installations around the country already demonstrating success.
For residents wishing to improve their tennis skills, the Council has appointed James Mott Tennis to provide coaching on the courts at Broomfield Park. Coaching sessions offered include junior after school and holiday camps, adult coaching sessions and 1-2-1 coaching. Coaching can be booked either by email; jamesmott_tennis@hotmail.com or via https://clubspark.lta.org.uk/JamesMottCoaching
Additional comments:
The North London Netball League said: "North London Netball League are delighted to once again be back playing netball in Broomfield Park. We have started our summer league and the players have commented on how great the courts look and the excellent playing surface. It is the first time many have played since March 2020 and how good it was to be able to get out and play the game they love on the fabulous new courts."

Keywords:
EnfieldTennisSummer Sports
Your comment has been forwarded to the administrator for approval.×
Warning! Will constitute a criminal offense, illegal, threatening, offensive, insulting and swearing, derogatory, defamatory, vulgar, pornographic, indecent, personality rights, damaging or similar nature in the nature of all kinds of financial content, legal, criminal and administrative responsibility for the content of the sender member / members are belong.
Related News