We can't jab world every four to six months - adviser

The most vulnerable should be prioritised for further doses instead, says Prof Sir Andrew Pollard.Covid: Vaccines for all every four to six months not needed, says expert 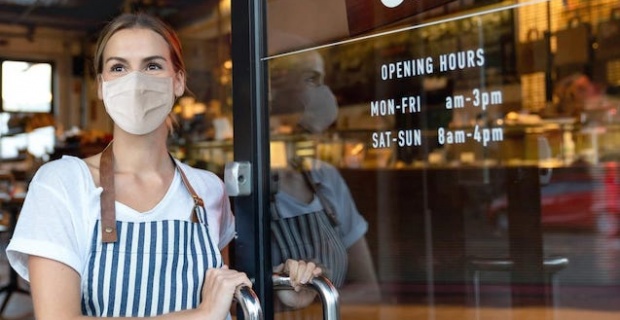 Vaccinating everyone on the planet against Covid-19 regularly is not sustainable or affordable, a UK vaccine scientist has said.Prof Sir Andrew Pollard, who helped develop the Oxford-AstraZeneca vaccine, said the most at risk should be identified and prioritised instead.He said the vaccine rollout had gone "extremely well" in the UK but other parts of the world were falling behind.
Booster jabs have been offered to all eligible adults in the UK.There has been a surge of Omicron cases in the UK, with 157,758 cases reported across England and Scotland on Monday. Data for Wales and Northern Ireland is to be reported after the recent long weekend.But Prime Minister Boris Johnson's spokesman said the government "doesn't see any data to suggest that further restrictions would be the right approach" in England.

He said the public should be "in no doubt" it would be a difficult time for the NHS but there were mitigations in place to help them through a "challenging winter".

A number of hospital trusts have declared critical incidents, with coronavirus cases leading to staff shortages and increased pressure on services.Plan B measures currently in place - including mask wearing in some indoor settings and guidance to work from home where possible - are "the correct course", the spokesman added.The prime minister will host a Downing Street news conference later. He will be joined by chief medical officer for England Prof Sir Chris Whitty and chief scientific adviser Sir Patrick Vallance.
New variants may change view

Prof Pollard told BBC Radio 4's Today programme: "It really is not affordable, sustainable or probably even needed to vaccinate everyone on the planet every four to six months.
"We haven't even managed to vaccinate everyone in Africa with one dose so we're certainly not going to get to a point where fourth doses for everyone is manageable."
There is not "full certainty" on whether another booster might be needed in the UK, added Prof Pollard, director of the Oxford Vaccine Group.
He said the UK would be in a good position if variants continued to lead to milder disease, as has been the case with Omicron.

"We may well need to have boosters for the vulnerable in the population but I think it's highly unlikely that we'll have programmes going forwards regularly of boosting everyone over the age of 12," he added.

Prof Pollard said those who would need further boosters were likely to be older adults or those with health conditions.
"There will be new variants after Omicron," he added. "We don't yet know how they're going to behave - and that may completely change the view on what the right thing to do is."
Prof Pollard is chair of the Joint Committee on Vaccination and Immunisation (JCVI), which advises the government on vaccines, but he has no involvement in decision-making on Covid-19 vaccinations in the UK.

Keywords:
Covid JabCovid VaccinesVaccines
Your comment has been forwarded to the administrator for approval.×
Warning! Will constitute a criminal offense, illegal, threatening, offensive, insulting and swearing, derogatory, defamatory, vulgar, pornographic, indecent, personality rights, damaging or similar nature in the nature of all kinds of financial content, legal, criminal and administrative responsibility for the content of the sender member / members are belong.
Related News