Services are expected to be extremely busy, so customers are advised to plan return journeys and check status updates regularly 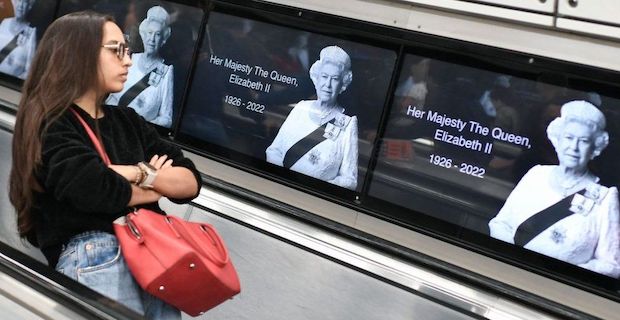 Services are expected to be extremely busy, so customers are advised to plan return journeys and check status updates regularly.Travel advice is available on TfL’s website.Road closures and diversions will continue after the funeral so customers should continue to check before they travel next week.As the nation continues to mourn the passing of Her Majesty Queen Elizabeth II, Transport for London (TfL) is prepared for unprecedented travel demand in the capital, especially on Monday 19 September, the day of Her Majesty’s State Funeral.TfL is delivering its well-developed plan to keep the city moving and ensure that people can travel safely, and is asking customers to check before they travel, plan their return journey and regularly check live status updates. They should also allow more time for journeys and follow the instructions of TfL staff, event stewards and the police.Her Majesty's State Funeral is set to be one of the biggest events the capital has ever witnessed. Those wishing to visit London to pay their respects are advised to plan their journeys using our travel app TfL Go or TfL Journey Planner to ensure they have the latest travel information. Once they are in London, they should continue to check TfL’s real-time tools, such as TfL Go, to be aware of any delays and changes on the day, such as short-notice, temporary Tube and rail station closures due to the unprecedented demand.

As people come to London to pay their respects to Her Majesty Queen Elizabeth II, areas around Westminster, Waterloo and Trafalgar Square, as well as along the South Bank, will be exceptionally busy. 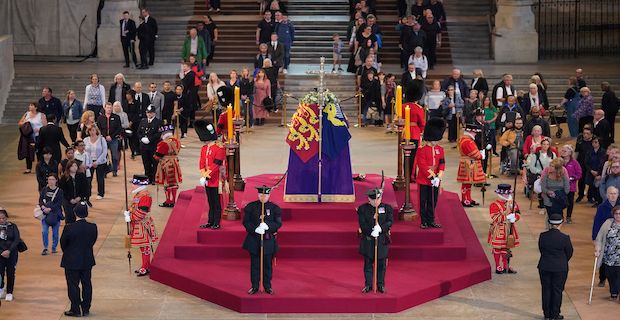 Over the last week, transport providers have implemented well-developed plans with extra staff and services to help people get to where they need to be. These plans will remain in place over the weekend and into next week as thousands of people visit The Queen’s coffin as it Lies-in-State at Westminster Hall ahead of the State Funeral on Monday.Customers are advised that pay as you go with contactless or Oyster is the easiest way to pay across the whole transport network, and with daily capping, they will always pay less than a Day Travelcard. Customers using pay as you go also benefit from the Hopper fare, which allows unlimited bus and tram journeys within one hour of their first journey.TfL will be inviting customers to take part in the National Moment of Reflection marked by observing a one-minute silence at 8pm on Sunday 18 September, the night before the State Funeral. A further national two-minute silence will take place at around 11.55am on the 19 September. Buses will pull over if it is safe and practical to do so and will switch their engines off.Services across London Underground, London Overground, DLR, London Trams and the Elizabeth line will also take part. Announcements to customers will be made just before the minute silence and services will continue to run. Taxis and private hire drivers and passengers are also invited to observe the minute silence.Road closures and diversions will continue until after Monday 19 September as event infrastructure is removed. This is expected to take several days, so customers should continue to check before they travel as it will take some time to return to normal.Andy Byford, London's Transport Commissioner, said: “We are working around the clock to ensure that Londoners and visitors using the transport network can safely pay their respects to Her Majesty The Queen as she Lies-in-State at Westminster Hall and ahead of the State Funeral on Monday. We have worked extremely closely with our partners to help keep our city moving smoothly over the last week, and I once again urge all our customers to check before they travel and before making their return journey, using the TfL website or TfL Go app.“It is going to be extremely busy in London on Monday and there may be short notice changes and queues to enter stations as a result of the large number of people travelling. We will be running a safe, reliable and frequent service to help ensure that everyone can travel home safely after paying their respects. We would encourage people to consider making use of the wide range of facilities open across London for refreshments after the State Funeral. As well as allowing time to continue to pay respects, this will help ensure smoother journeys home for everybody."There are likely to be changes to normal routes in and around stations to manage crowds and demand in the coming days: 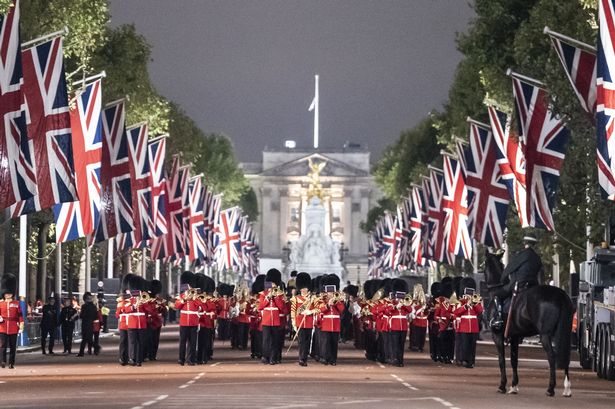 Roads and public transport in and around central London will continue to be very busy. If you can, walking is likely to be the quickest option for shorter journeys
Due to road closures, some bus services in central London will be diverted or will stop short of their destination, and some may be running a reduced service
London Underground will run as normal; however, some stations will be busier than usual, and some short-term safety measures such as queuing, closures, non-stopping trains or changes to the way customers enter or exit a station may be necessary. Disabled customers can approach staff so that they may avoid queuing to enter the station.
Customers should avoid Green Park Tube station if possible due to high numbers of customers passing through and to keep capacity for customers who need step-free access. Green Park station is operating as exit-only from 10:00 to 20:00 each day. Westminster, Charing Cross, Embankment, Victoria, Waterloo, St James's Park, Lancaster Gate, Hyde Park Corner and Marble Arch Tube stations are also likely to be busier than usual

The Elizabeth line will run a special service with a train every five minutes on the central section (Paddington-Abbey Wood) on Sunday 18 September to provide further transport options for customers. The

East and West sections will operate as normal

Some taxi ranks will be suspended but temporary ranks have been set up and will be in operation to assist people attending ceremonial events
Elizabeth line services will run overnight between Paddington and Reading and between Liverpool Street and Shenfield, but not in the central section between Paddington and Abbey Wood
Those wishing to attend the lying-in-state can check the latest queue length and nearest landmark via https://www.youtube.com/dcms

19 September 2022 (The State Funeral of Her Majesty The Queen)

All Tube and rail services, including London Overground, the Elizabeth line and the DLR will run a normal weekday service
Buses will run to a normal weekday schedule but many routes in central London will be diverted around the ceremonial areas
Tube services start at around 05:30. Some stations will be busier than usual, and some short-term safety measures such as queuing, closures, non-stopping trains or changes to the way customers enter or exit a station may be necessary. The Tube will operate for an additional hour in the evening to help support customers leaving central London, as will the central section of the Elizabeth line, with services leaving central London at around 1am. Buses will be running throughout the night with trains starting the following morning from around 0530.
Westminster, St James's Park and Hyde Park Corner stations will be closed for most of the morning. TfL will aim to reopen stations to help customers leaving the Westminster area following the end of the funeral service. Green Park station will be exit only between 10:00 and 20:00

The best option for customers arriving or leaving from National Rail termini will be to continue their journey on foot, Marshals and TfL travel ambassadors will be on hand to help with wayfindjng
Bank holiday off-peak fares will apply and concessionary travel, including the 60+ and Freedom Pass, will be valid for use on TfL services all day. Taxis will not charge the Bank Holiday rate for journeys made on Monday 19 September, with taxi fares remaining at normal rates throughout the day
Victoria Coach Station will be closed due to road closures in the area. Coaches will be diverted to Hillingdon and Wembley Park. Further information can be found here
Santander Cycles will operate as normal, but some docking stations may be closed around Green Park, St James's Park, Whitehall and Westminster. Central London will be very busy and it may be too crowded to cycle in some areas

There will be ongoing road closures and bus diversions as event infrastructure is removed. This is expected to take a number of days. Please continue to check before travel.
Given the significant demand on public transport during the day, customers may wish to consider walking to their final destinations within the capital if practical and possible. Some road closures, especially around central London will also be in place.

Keywords:
Visiting LondonState FuneralMajesty Queen Elizabeth II
Your comment has been forwarded to the administrator for approval.×
Warning! Will constitute a criminal offense, illegal, threatening, offensive, insulting and swearing, derogatory, defamatory, vulgar, pornographic, indecent, personality rights, damaging or similar nature in the nature of all kinds of financial content, legal, criminal and administrative responsibility for the content of the sender member / members are belong.
Related News