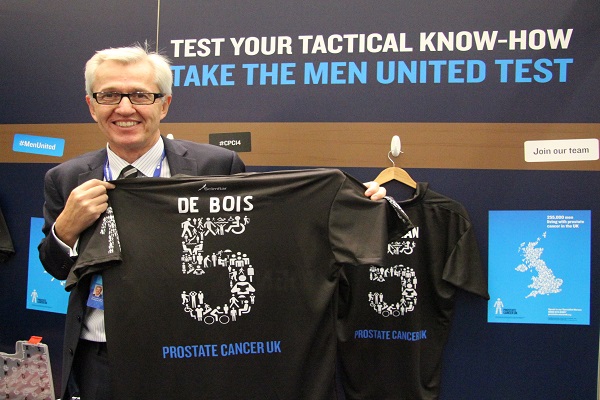 Prostate Cancer UK was at the Conservative conference calling for urgent action on these issues. As well as pledging long term commitment to helping bring about real change for men, politicians were being asked to show their support for the charity’s game plan by signing up to Men United – a new team which seeks to unite people across the UK against the common enemy of prostate cancer. Within three months of being launched at the start of this year, over 100,000 people had signed for Men United to help get men’s health back on the agenda in the UK.

Nick said, “It was very interesting to learn more about the inequalities in prostate cancer treatment, including things like location, age and colour.

It kills more than 10,000 men every year and we have to make sure there’s a level playing field when it comes to cancer treatment.”