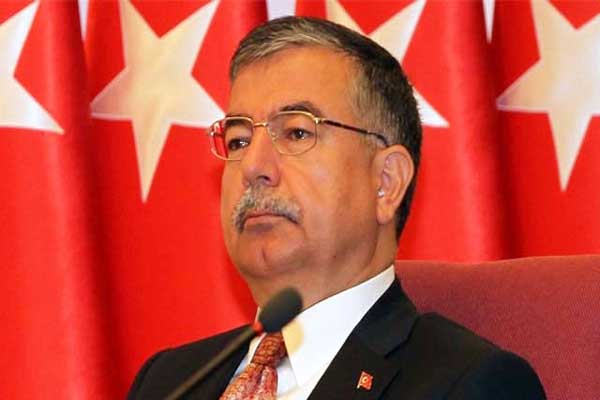 Turkey is in a critical region so Ankara wants the missile defense system as soon as possible, Turkish Defense Minister Ismet Yilmaz said Friday in Turkey's central Aksaray province. “We have some criteria when evaluating missile defense system offers, the most important of which are co-production and technology transfer, to be delivered as soon as possible, and the price," Yilmaz said while taking part in the opening ceremony of the Somuncu Baba Cultural Centre and Complex.

“One of them (the companies) is saying that they will deliver it after 2018. 2019 or 2020, do we wait till then? This is something different. We live in a such critical region that the earlier it comes, the better,” Yilmaz replied to a reporter's question.

The Defense Minister said that, considering the delivery time and price, a Chinese company had come first, an Italian-French company second and an American one third.

Turkey, a NATO member state since 1955, said in September it had chosen the FD-2000 missile defense system from China Prescision Machinery Import and Export Corp ($3,4 billion) over systems from the Italian-French and American companies.

NATO and the United States are pressuring Ankara not to build a missile defense system in co-operation with a company from a non NATO-member state.

Yilmaz explained “together with the extension of the validity period, companies can bring out their new offers. We have also said to the officials who have visited us that will only help us in the trade that we are doing with the Chinese.”