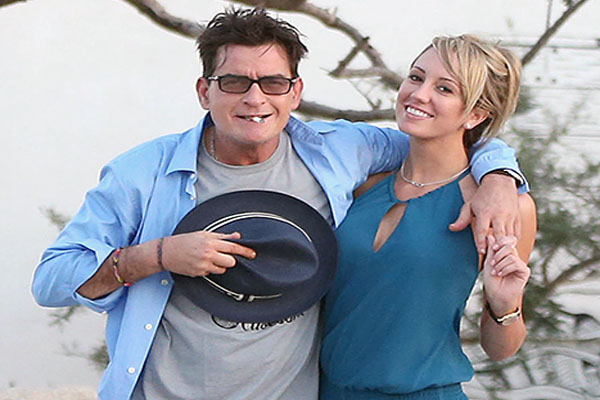 Fourth time's the charm? Charlie Sheen stepped up his game in the romance department this Valentine's Day, proposing to girlfriend and former adult film star Brett Rossi, she confirmed to Us Weekly.  TMZ broke the news of the couple's engagement saying Sheen, 48, proposed to Rossi, 24, in Hawaii on Feb. 15 with a giant diamond ring. If the couple does end up heading to the altar, this will be Sheen's fourth marriage after wedding model Donna Peele in 1995 for a year, then committing to Denise Richards in 2002 before she filed for divorce two years later, and finally his tumultuous marriage with Brooke Mueller from 2008 to 2011.  On Feb. 14, Sheen tweeted, "in a moment of Kray-zee gratitude; I got my gal!! 4evurr!" on the same day Rossi tweeted, "Happy Valentine's day to the love of my life & my best friend! Everyday is Vday when I'm with you @charliesheen."