'I am a mother, and I saw my children in the eyes of every single refugee child I met,' says Cate Blanchett 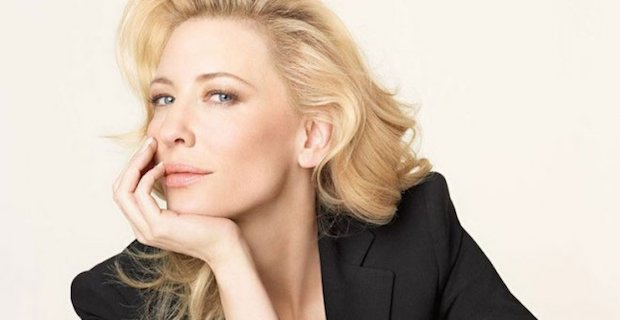 UN Refugee Agency goodwill ambassador Australian actress Cate Blanchett on Tuesday urged the UN Security Council not to fail Rohingya "again" as the minority Muslims have been enduring violence for a year.

"I have heard the gut-wrenching accounts. Stories of grave torture, of women brutally violated, people who have had their loved ones killed before their eyes. Children who have seen their grandparents locked in houses that were set alight," said Blanchett.

Her remarks came during her address to the UN Security Council in New York on the situation in Myanmar and the Rohingya refugee crisis.

"I am a mother, and I saw my children in the eyes of every single refugee child I met. I saw myself in every parent. How can any mother endure seeing her child thrown into a fire?

"Their experiences will never leave me," she said.

In her remarks, she said the focus of the Council's member states must be to provide much-needed support inside Bangladesh while working to ensure conditions in Myanmar are conducive to return.

She said from her accounts with many Rohingya refugees she talked to, the minority Muslims view Myanmar as their home and cited their fears about returning there.

"The Rohingya cannot return to the very conditions they were forced to flee," she said.

"We have failed the Rohingya before. Please, let us not fail them again," she concluded.

On Aug. 25, 2017, Myanmar launched a major military crackdown on the Muslim ethnic minority, killing almost 24,000 civilians and forcing 750,000 others including women and children to flee to Bangladesh, according to the Ontario International Development Agency (OIDA).

The UN has documented mass gang rapes, killings -- including of infants and young children -- brutal beatings and disappearances committed by Myanmar state forces and has described the Rohingya as the “world's most persecuted people”.

Keywords:
Let Us Not Fail Rohingya AgainCate BlanchettOscar Winning Actress
Your comment has been forwarded to the administrator for approval.×
Warning! Will constitute a criminal offense, illegal, threatening, offensive, insulting and swearing, derogatory, defamatory, vulgar, pornographic, indecent, personality rights, damaging or similar nature in the nature of all kinds of financial content, legal, criminal and administrative responsibility for the content of the sender member / members are belong.
Related News