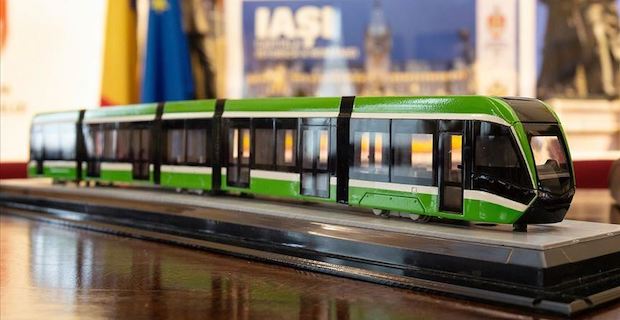 Turkish electric and railway vehicles producer Bozankaya won the 16-tram tender for the northeastern Romanian city of Iasi. As part of the €30-million ($33.2 million) tender, the first vehicles will be delivered in 18 months, the firm told Anadolu Agency.

The project, which will be financed mostly by the EU funds, includes production of 30-meter (98-feet) length five-module trams with 230-passenger capacity.

Previously, Bozankaya had won another tender in Romania for producing trams worth €33 million ($36.5 million).

The company also assumed the establishment of a metro line in Thailand's capital Bangkok with the cooperation of Siemens.

Keywords:
TramRailway
Your comment has been forwarded to the administrator for approval.×
Warning! Will constitute a criminal offense, illegal, threatening, offensive, insulting and swearing, derogatory, defamatory, vulgar, pornographic, indecent, personality rights, damaging or similar nature in the nature of all kinds of financial content, legal, criminal and administrative responsibility for the content of the sender member / members are belong.
Related News