Pegasus Airlines has placed an order for 100 new Airbus aircraft worth US$12 billion. This order of A320neo and A321neo aircraft is the largest ever aircraft order in the history of Turkish Civil Aviation. 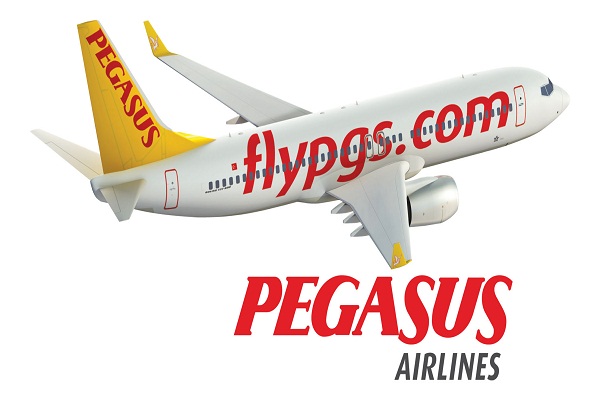 ISTANBUL (18 December 2012) --- A signing ceremony and press conference was held today at Pegasus Airlines’ new headquarters at Aeropark, Istanbul, Turkey, at which the airline’s order of 100 Airbus aircraft was unveiled to the public within the context of the airline’s newly revealed strategy for growth to 2023.  Within this framework for expansion, Pegasus Airlines, who launched scheduled flights on 1 November 2005, announced their vision to create a “Fleet of the Future”.

The opening speeches at the ceremony were made by Pegasus Airlines’ Chairman, Ali Sabanci, and CEO Sertac Haybat.  Sabanci and Haybat noted that they were proud to be signing another pioneering and milestone project for the airline which is set to enhance the Pegasus mission even further as the easiest way to fly: "When we launched Pegasus Airlines on 1 November 2005 we knew we had a long journey ahead of us.   From the very first day, we introduced innovation into our country's civil aviation sector; we grew, we evolved, we innovated and we generated change.  Now we are going further, and once again we have said ‘this is not enough,’ continuing steadfastly on our journey of advancement and progress.”

Haybat noted: "We have grown rapidly and in 2011 we were recognised as Europe's Fastest Growing Airline.”

Pegasus Airlines CEO Haybat stated that Pegasus Airlines has flown 49 million guests since launching, thus also introducing Turkey to the easiest way to fly.  He continued: "We introduced low-cost air travel to our guests, made possible by our airline’s operations.  When we began our journey, we promised our guests three main benefits: they would fly at affordable prices, arrive at their destinations on-time and fly in new aircraft.  We have kept our promises for the past seven years and have regularly introduced innovative features for our guests.  At the end of seven years, we are now providing 1,700 scheduled flights a week.  As of December 2012, the average age of the fleet is 3.86 years and since the first day of operation, we have welcomed 49 million guests on a fleet of 42 aircraft.  We are now Europe’s Fastest Growing Airline, offering 62 destinations in 26 different countries**.  Although we did not launch civil aviation in Turkey, our Pegasus model has transformed it.”

Sabanci: "We are placing the largest order in the history of Turkish Civil Aviation.”

Pegasus Airlines Chairman, Mr Ali Sabanci, said: "When our first Pegasus flight took off, we had broken new ground by placing the biggest order in the history of Turkish private civil aviation at the time.  Now, as we look ahead to the next decade, we know that, apart from human resources, an airline’s most important asset is its fleet; thus, once again, we have said to ourselves, ‘this is not enough;’ and so we continue to expand our fleet with this historic order of aircraft.  This time it's not just the largest order in the private civil aviation sector, but also the largest in the history of Turkish civil aviation.  We are delighted to be signing this agreement with the world's leading aircraft manufacturer, Airbus, for 100 new A320neo and A321neo aircraft worth a total of US $12 billion. With this pioneering investment in 100 new aircraft, we at Pegasus are breaking new ground in the development of Turkish civil aviation.”

Christopher Buckley, Airbus’s Executive Vice President, responsible for Europe and Asia Pacific, said: “Turkey is rapidly developing into Europe’s most dynamic commercial aviation market and Pegasus is one of the major players within this transformation.  We are very proud that Pegasus Airlines has become Airbus’ newest customer with such a significant order of new aircraft.  We wish Pegasus the greatest success with its new A320neo fleet and look forward to a long-term partnership together.”

After the speeches, the Republic of Turkey’s Minister for Transport, Maritime Affairs and Communications, Binali Yildirim, witnessed the signing ceremony for the order of 100 new Airbus A320neo and A321neo aircraft to the value of US$12 billion.