Obama and Putin discussed a possible ceasefire in Syria

A U.S. official who requested anonymity due to restrictions on speaking to the media told reporters that the bilateral meeting Monday in Hangzhou, the capital of Zhejiang province, also saw Barack Obama and Vladimir Putin discuss ways to de-escalate tensi 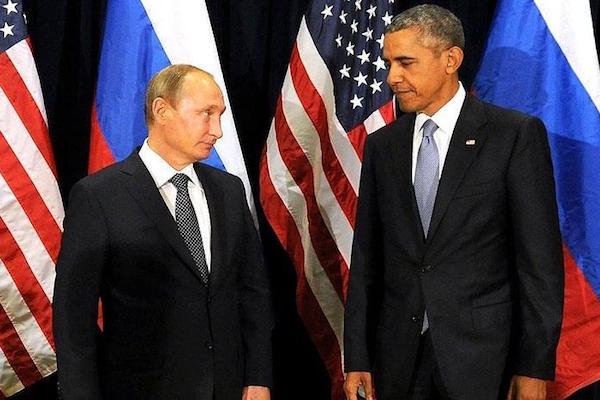 HANGZHOU, China-The leaders of the U.S. and Russia discussed a possible cease-fire in Syria on the sidelines of the G20 summit in China, while emphasizing that humanitarian aid needed to be delivered to the country immediately.

A U.S. official who requested anonymity due to restrictions on speaking to the media told reporters that the bilateral meeting Monday in Hangzhou, the capital of Zhejiang province, also saw Barack Obama and Vladimir Putin discuss ways to de-escalate tensions and accelerate the political process.

U.S. Secretary of State John Kerry and Russian Foreign Minister Sergey Lavrov came together a couple of hours before the presidents’ meeting and are due to meet again later in the week, the official said.

Referring to the presidents’ discussions, the official added: "We want an agreement to be reached as soon as possible due to the humanitarian situation there. However, we have to be sure that this agreement would be really effective. That is why we continue with the talks."

Putin's spokesman, Dmitry Peskov, said the meeting was "longer than expected" and workings on the Syrian issue will continue.

AA correspondent Diyar Guldogan contributed to this story from Ankara