‘While a no-deal scenario is not desirable, EU is prepared for it,’ European Commission says 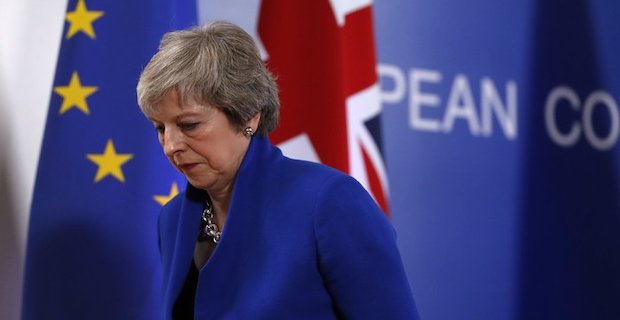 The EU has completed preparations for no-deal Brexit scenario, said a statement by the European Commission on Monday.

"While a 'no-deal' scenario is not desirable, the EU is prepared for it," the statement said.

"It is now important that everyone is ready for and aware of the practical consequences a 'no-deal' scenario brings," it added.

The commission urged all EU citizens and businesses to "continue informing themselves about the consequences of a possible 'no-deal' scenario and to complete their no-deal preparedness."

"Following a request by [British] Prime Minister Theresa May, the European Council (Article 50) agreed on Thursday, March 21 to extend the UK's departure date to May 22, 2019, provided the Withdrawal Agreement is approved by the House of Commons by March 29, 2019, at the latest.

"If the Withdrawal Agreement is not approved by the House of Commons by then, the European Council has agreed to an extension until 12 April 2019. In that scenario, the United Kingdom would be expected to indicate a way forward before this date," the commission said.

The U.K. triggered Article 50 -- a procedure of two years of negotiations for any leaving member of the EU -- on March 29, 2017, after Brits decided to end the more than 40-year partnership with the bloc in a referendum in 2016.

"In a 'no-deal' scenario, the UK will become a third country without any transitionary arrangements. All EU primary and secondary law will cease to apply to the UK from that moment onwards" the commission said.

"The EU will be required to immediately apply its rules and tariffs at its borders with the UK. This includes checks and controls for customs, sanitary and phytosanitary standards and verification of compliance with EU norms," the statement added.

Keywords:
European CommissionEUBrexit
Your comment has been forwarded to the administrator for approval.×
Warning! Will constitute a criminal offense, illegal, threatening, offensive, insulting and swearing, derogatory, defamatory, vulgar, pornographic, indecent, personality rights, damaging or similar nature in the nature of all kinds of financial content, legal, criminal and administrative responsibility for the content of the sender member / members are belong.
Related News