2015 European Company of the Year 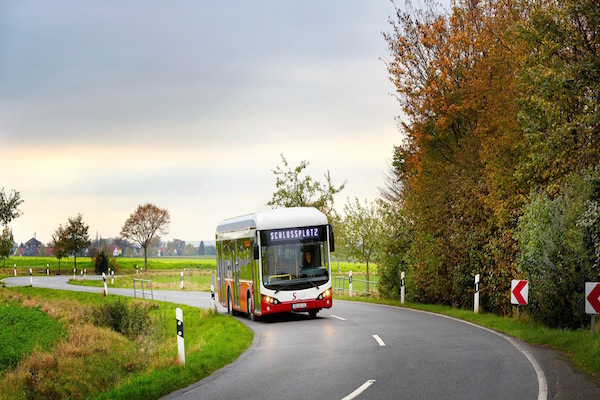 LONDON — Based on its recent analysis of the market for railcar and tram-bus production in public transportation, Frost & Sullivan recognises Bozankaya Inc. with the 2015 European Frost & Sullivan Company of the Year Award for addressing unmet needs in both rail and road transportation sectors. Its experience and ability to supply end products right from the design phase has helped it expand across the world. Additionally, its potential to deliver complete process chains and solutions has given it an eminent position in the transportation sector.

Metropolises are currently focusing on alternative vehicle solutions and their substructures to maintain ideal public transportation, reduce congestion and make effective use of investments. In this scenario, Bozankaya’s product line, which consists of multiple transportation options such as passenger buses, trolley buses, tramcars, and subway vehicles, is ideal. Its solutions are particularly suited to every city due to their focus on emission norms and budgetary issues, the two most significant challenges for these cities.

In 2014, Bozankaya supplied the first compressed natural gas (CNG)-powered TCV Karat buses to Konya Metro, which resulted in a considerable reduction in fuel costs and pollutant emissions. Apart from CNG buses, Bozankaya added the electric bus (E-Bus Sileo) to its vast product line. The E-Bus Sileo is powered by Bozankaya’s single-cell loading (SCL) battery system with 200 kWh capacity batteries, which allow the E-Bus to cover a minimum of 300 km. Another significant infrastructure investment of Bozankaya’s were the tram-buses/trolleybuses. The tram-bus is similar to a tram or streetcar and a 100 percent low floor but with wheels. The tram-bus models are mainly promoted in cities with less than a million people due to the company’s limited ability to invest in infrastructure.

Bozankaya also completed a 100 percent low-floor tram design with a team of Turkish engineers in 2014. Following extensive R&D activities, the production of local 100 percent low-floor trams with 33 meters in length double-sided driving specifications and consisting of5 modules, has been kicked off. The first 30 units of these trams, which are produced for Kayseri Metropolitan Municipality, will be delivered within 2015 and 2016 and are the solution to the city's transport problems in accordance with international standards.

“With the leading German manufacturer providing the traction system Bozankaya has produced a four-axle double-articulated trambus powered by two traction motors with a continuous output of 160 kW on the two center axles,” said Frost & Sullivan Research Analyst Krishna Achuthan. “The vehicle’s diesel generator unit supplies so much energy that the vehicle can be operated off-wire if needed.”

“Bozankaya develops its strategies in line with the developing needs of transport operators by making significant investments in R&D and manufacturing, following feasibility studies,” observed Achuthan. “With integration centers in six locations in Europe (Turkey and Germany), Bozankaya can make individual modules reproducible at low costs, and in a short time. It optimises manufacturing, components, and design to reduce costs through intelligent jigs.”

Ultimately, the company is able to present the best options in terms of both initial investments and operational costs. Bozankaya is also certified by the ISO 9001:2000, which specifies requirements for a quality management system in an organisation.

Bozankaya’s state-of-the-art facilities to design and manufacture rail and public transportation road vehicles have enabled it to partner with market giants to produce busses, E-Busses, and tram-busses. It has also been expanding in competitive markets including Brazil, Iran, and the UAE. Its acquisition of the latest manufacturing technologies, demonstrates its strong commitment to building a global presence.

Each year, Frost & Sullivan presents this award to the company that has demonstrated excellence in terms of growth strategy and implementation. The award recognises a high degree of innovation with products and technologies and the resulting leadership in terms of customer value and market penetration.