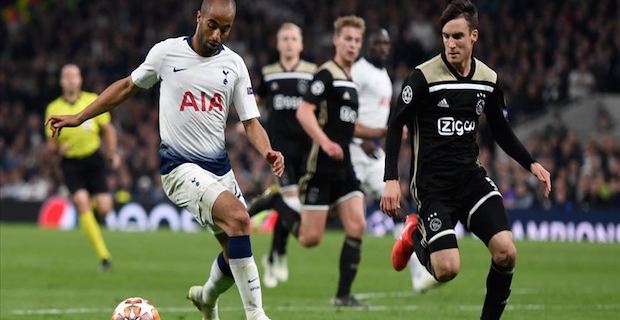 Dutch club Ajax beat English Tottenham 1-0 Tuesday as the first leg of the UEFA Champions League semifinals got underway. Midfielder Van de Beek gave Ajax a lead in the 15th minute. Ajax aimed for a second goal in the second half but the Tottenham goalkeeper blocked it in the 78th minute. The second-leg match will be played on May 8 in Amsterdam.

Keywords:
TottenhamAjax
Your comment has been forwarded to the administrator for approval.×
Warning! Will constitute a criminal offense, illegal, threatening, offensive, insulting and swearing, derogatory, defamatory, vulgar, pornographic, indecent, personality rights, damaging or similar nature in the nature of all kinds of financial content, legal, criminal and administrative responsibility for the content of the sender member / members are belong.
Related News