Shakespeare’s Globe is delighted to announce casting for Hamlet and As You Like It, the opening shows of Michelle Terry’s first season as Artistic Director. 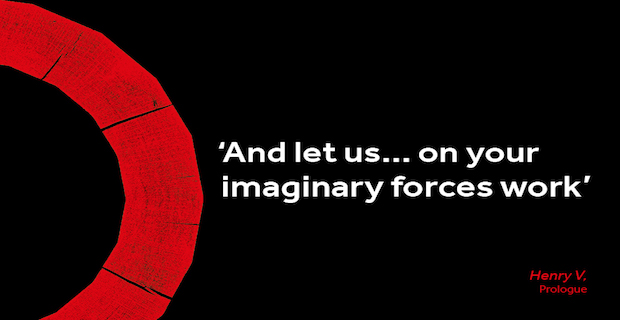 AVRUPA\LONDON - Opening the season on 25 April will be Hamlet, which will play alongside As You Like It from 2 May. Both written around 1599, the year the original Globe was built, these plays will be presented by The Globe Ensemble and directed by Federay Holmes and Elle While. The 12 actors are exploring these two well-thumbed and popular plays together as an ensemble, as if for the very first time, with the unique opportunity of being able to play them in the theatrical space for which they were written.Catrin Aaron plays Horatio in Hamlet and Phoebe in As You Like It. Her credits include The Wizard of Oz (Sheffield Crucible), Henry V (Regent’s Park Open Air Theatre), Sex and the Three Day Week(Liverpool Playhouse), and many productions at Theatr Clwyd including The Rise and Fall of Little Voice, All My Sons and Cat on a Hot Tin Roof. Her screen credits include The Bastard Executioner,The Indian Doctor and Casualty (BBC). James Garnon plays Claudius in Hamlet and Audrey in As You Like It. James is a veteran of Shakespeare’s Globe, having starred in over a dozen productions in the outdoor theatre and the Sam Wanamaker Playhouse, including Blanche McIntyre’s As You Like It (as Jaques), Michael Longhurst’s ‘Tis Pity She’s a Whore, The Duchess of Malfi with Gemma Arterton, and Dominic Dromgoole’s final show as Artistic Director, Pericles. His other theatre credits include Queen Anne (RSC/Theatre Royal Haymarket) and Richard III (Almeida). Colin Hurley plays the Ghost in Hamlet and Touchstone in As You Like It. Colin is an acclaimed Shakespearean actor who has worked extensively with the Globe, the RSC and the National Theatre. His recent stage credits include Farinelli and the King and Twelfth Night/Richard III (Shakespeare's Globe, West End, Broadway) alongside Mark Rylance. His recent screen credits include the Channel 4 black comedy series Flowers with Olivia Colman and Julian Barratt.

Bettrys Jones plays Laertes in Hamlet and Orlando in As You Like It. Bettrys’s recent theatre credits include Joe Wright’s The Life of Galileo (Young Vic), Emma Rice’s The Little Match Girl (Sam Wanamaker Playhouse), and Rash Dash’s We Want You To Watch and Joe Hill-Gibbon’s Edward II (National Theatre).

Richard Katz plays Polonius in Hamlet and Silvius in As You Like It. Richard’s recent stage credits include The Encounter (Barbican, Broadway, world tour) and The Master and Margarita (Barbican, European tour) for Complicité, Romeo and Juliet, As You Like It and The Comedy of Errors for the RSC and The Lorax at the Old Vic. His screen credits include Taboo and The Honourable Woman(BBC).

Jack Laskey plays Fortinbras and others in Hamlet and Rosalind in As You Like It. Jack is known for his role as DS Peter Jakes in ITV’s critically-acclaimed series Endeavour. He also starred alongside Rupert Everett and Emily Watson in the feature film A Royal Night Out. His recent theatre credits include Lawrence After Arabia with Joseph Fiennes (Hampstead Theatre), The Merchant of Venice(RSC), Hamlet (Old Vic) and The Masque of the Red Death (Punchdrunk).

Nadia Nadarajah plays Guildenstern in Hamlet and Celia in As You Like It. Nadia made her professional debut on the Globe stage in 2012 with Deafinitely Theatre’s Love’s Labour’s Lost. Her recent theatre credits include The House of Bernada Alba (Royal Exchange Manchester), Notre Dame(National Theatre) and Grounded (Park Theatre). Nadia is fluent in eight languages: five sign and three written.

Pearce Quigley plays Rosencrantz in Hamlet and Jaques in As You Like It. Pearce has been a regular performer at the Globe since 2001, where he has appeared in productions including The Changeling with Hattie Morahan, A Midsummer Night’s Dream alongside Michelle Terry, and Matthew Dunster’s Dr Faustus. His other recent theatre credits include Simon Godwin’s The Beaux’ Stratagem(National Theatre) and The Wolf From the Door (Royal Court).

Shubham Saraf plays Ophelia in Hamlet and Oliver in As You Like It. Shubham recently graduated from Guildhall School of Music & Drama. He made his professional debut in Lions & Tigers at the Sam Wanamaker Playhouse, and is currently filming Bodyguard by Jed Mercurio for BBC1.

Helen Schlesinger plays Gertrude in Hamlet and Duke Frederick in As You Like It. Helen’s stage credits include Albion (Almeida), Coriolanus (Donmar Warehouse) and The Crucible (RSC). Her screen credits include The Hour and Criminal Justice (BBC).

Michelle Terry plays the title role in Hamlet and Adam in As You Like It. Michelle is Artistic Director of Shakespeare’s Globe. Her recent stage credits include Katie Mitchell’s Cleansed (National Theatre), Much Ado About Nothing and Love’s Labour’s Lost (RSC) and In the Republic of Happiness (Royal Court). She won an Olivier Award for Best Supporting Actress for Tribes at the Royal Court.

Tanika Yearwood plays Marcellus in Hamlet and Amiens in As You Like It. Tanika trained at Royal Central School of Speech and Drama. Her theatre credits include Tomorrow I’ll Be Twenty(Complicité), Home and Everything In Between (Kali Theatre Company) and Cinderella (Lyric Theatre).

Keywords:
Michelle TerryShakespeares GlobeHamlet
Your comment has been forwarded to the administrator for approval.×
Warning! Will constitute a criminal offense, illegal, threatening, offensive, insulting and swearing, derogatory, defamatory, vulgar, pornographic, indecent, personality rights, damaging or similar nature in the nature of all kinds of financial content, legal, criminal and administrative responsibility for the content of the sender member / members are belong.
Related News