Crimean Tatar language is on the brink of extinction due to a lack of schools teaching the mother tongue. 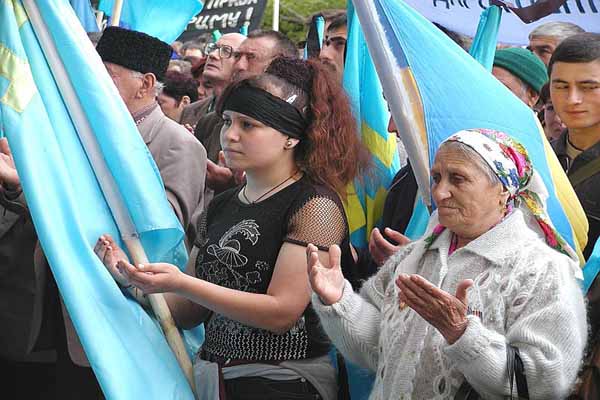 There are only around 15 schools which teach the mother tongue of the Crimean Tatars, who were sent into exile in 1944 by the Soviet Union, following the collapse of which they returned to their homeland. 16 percent of Crimean Tatar children have access to education in the mother tongue. Turkey has provided the greatest support to Ukraine, which has been unable to resolve the problem of education in the mother tongue in Crimea, by bringing the schools to a modern state. The Maarifchi Association of Crimean Tatar Educators is organizing seminars throughout Crimea on February 21 in honor of International Mother Tongue Day so that concrete steps can be taken in the direction of solving the problem of education in the mother tongue. Safure Kadzhametova, head of the Maarifchi Association of Crimean Tatar Educators and a Deputy of the Crimean Parliament, said “After our schools are established and our education system has started functioning, we want to switch to the Latin alphabet and unite with the Turkish World. If the children are educated in their own language, if they are trained in their own language, we will recover Crimea, and Crimea will be ours again.”

Crimean Tatar teachers indicate that education in the mother tongue plays a key role in relations with the Turkish World.