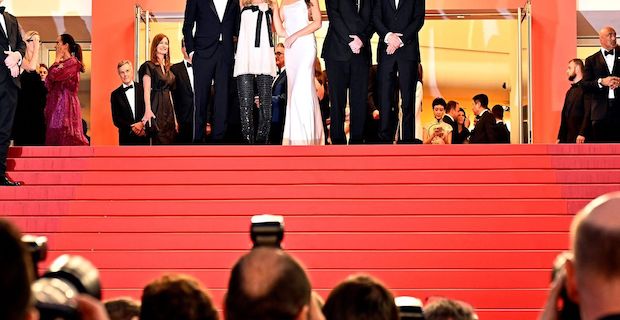 France’s Cannes Film Festival, one of the film industry’s most important annual events, has been postponed to June or July amid concerns over the novel coronavirus, its organizers said Thursday.      “The Festival de Cannes cannot be held on the scheduled dates, from May 12 to 23,” they said in a statement on their website.

“Several options are being studied to preserve its running, the main one being a simple postponement until the end of June or beginning of July,” the statement said.

“As soon as the development of the French and international health situation will allow us to assess the real possibility, we will make our decision known.”

Earlier this week, French President Emmanuel Macron announced a 15-day nationwide lockdown as the country grapples with the outbreak, with residents prohibited from leaving their homes unless absolutely necessary.

The death toll in France from the coronavirus has reached 372, with 108 deaths confirmed in the past 24 hours, the country’s health authorities said Thursday.

Keywords:
Cannes Film FestivalCoronavirus
Your comment has been forwarded to the administrator for approval.×
Warning! Will constitute a criminal offense, illegal, threatening, offensive, insulting and swearing, derogatory, defamatory, vulgar, pornographic, indecent, personality rights, damaging or similar nature in the nature of all kinds of financial content, legal, criminal and administrative responsibility for the content of the sender member / members are belong.
Related News