British Airways cancels all flights to and from Italy 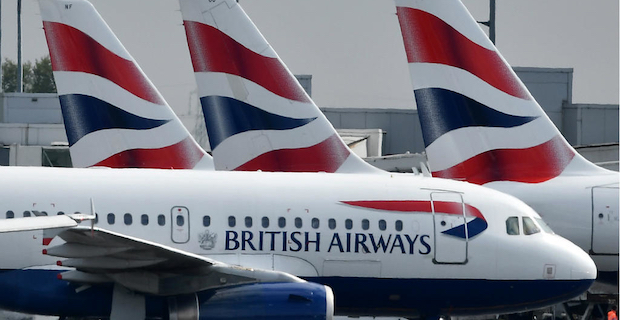 British Airways has cancelled all its flights to and from Italy due to the coronavirus emergency lockdown, the airline said on Tuesday. The decision came after Italy announced a countrywide lockdown to prevent further spread of the strain, which has claimed almost 500 lives in this country so far.

"In light of the Italian government's announcement and the U.K. government's official travel advice, we have contacted all customers who are due to travel today,” a spokeswoman was quoted to have said by local media.

"Any travellers due to fly to or from Italy between now and April 4 can rebook to a later date up until the end of May, move their destination to Geneva or Zurich or receive a full refund,” she said, according to the Evening Standard.

The decision came following a travel advice update on Italy a day ago by the British Foreign and Commonwealth Office.

“The FCO now advises against all but essential travel to Italy, due to an ongoing outbreak of coronavirus (COVID-19) and in line with various controls and restrictions imposed by the Italian authorities on 9 March,” the Foreign and Commonwealth Office said.

Italy is one of the worst affected countries from coronavirus.

The death toll has risen to 4,027 across the world, including 3,136 in China, where the virus outbreak first emerged last December.

In addition, more than 64,000 people have been discharged from hospitals after recovering from the virus.

As part of efforts to contain the outbreak, governments have closed borders and suspended land and air travel with the worst-hit countries, including China, Italy, and Iran.

In a press briefing on Monday, WHO chief Tedros Adhanom said that since the virus has a foothold "in so many countries, the threat of pandemic has become very real."

Keywords:
British Airways
Your comment has been forwarded to the administrator for approval.×
Warning! Will constitute a criminal offense, illegal, threatening, offensive, insulting and swearing, derogatory, defamatory, vulgar, pornographic, indecent, personality rights, damaging or similar nature in the nature of all kinds of financial content, legal, criminal and administrative responsibility for the content of the sender member / members are belong.
Related News