Woman also arrested 'on suspicion of assisting offender' as police search for Sarah Everard, who went missing on March 3 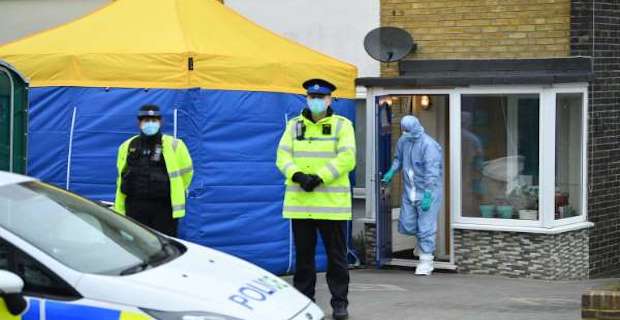 A police officer has been arrested in connection with the disappearance of a woman in London, authorities said on Wednesday. PC Wayne Couzens was arrested on Tuesday evening on suspicion of kidnapping Sarah Everard, a 33-year-old marketing executive who went missing after leaving a friend’s house in Clapham on March 3.

On Wednesday, he was “further arrested on suspicion of murder and a separate allegation of indecent exposure,” the Metropolitan Police said in a statement.

The development came after detectives and search teams found human remains in Kent, southeast of the capital.

“The man is a serving Metropolitan Police officer in the Parliamentary and Diplomatic Protection Command. His primary role was uniformed patrol duties of diplomatic premises,” read the statement.

A woman, in her 30s, was also arrested on Tuesday evening “on suspicion of assisting an offender.”

“I speak on behalf of all my colleagues in the Met when I say we are utterly appalled at this dreadful news. Our job is to patrol the streets and to protect people.”

She said the investigation “is large, fast moving and very determined.”

“We have hundreds of officers and staff who have been working around the clock,” she said, adding that Everard’s case had affected all women across London and the UK.

Dick said the involvement of a police officer has made the incident all the more frightening and it is important the case be taken over by a separate unit.

The commissioner sought to reassure the public by pointing out that it is “incredibly rare for a woman to be abducted from our streets” and that there will be “continued high levels of police patrols” in the areas of the investigation.

London Mayor Sadiq Khan said he could understand how “shocked and worried Londoners are by Sarah’s disappearance and the developments in the case.”

“I want to assure Sarah’s family, and everyone in our city, that the police are doing absolutely everything they can… Londoners will continue to see more police officers on our streets continuing their investigation and carrying out reassurance patrols in the area where Sarah went missing a week ago,” he said.

Prime Minister Boris Johnson also commented on the matter: “I am shocked and deeply saddened by the developments in the Sarah Everard investigation. Like the whole country my thoughts are with her family and friends. We must work fast to find all the answers to this horrifying crime.”

Keywords:
LondonPolice OfficerLondon WomanSarah Everard
Your comment has been forwarded to the administrator for approval.×
Warning! Will constitute a criminal offense, illegal, threatening, offensive, insulting and swearing, derogatory, defamatory, vulgar, pornographic, indecent, personality rights, damaging or similar nature in the nature of all kinds of financial content, legal, criminal and administrative responsibility for the content of the sender member / members are belong.
Related News