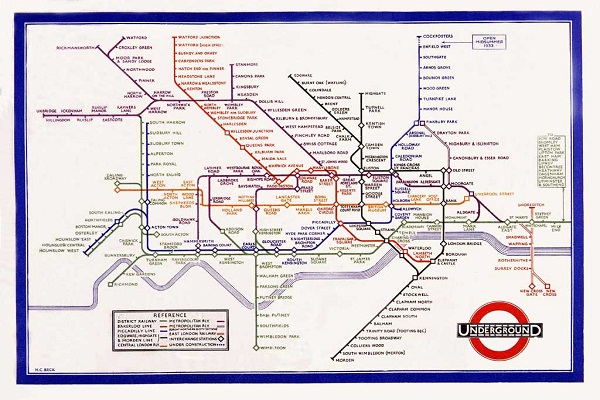 • Improvement works will take place on  the Tube and London Overground, although the vast majority of the network remains open to customers throughout the weekend

During the weekend of 29 and 30 March the vast majority of the network will be operating as there are no planned track works on the Central, Circle, Hammersmith & City, Metropolitan, Northern, Victoria, Waterloo & City lines, Docklands Light Railway and London Tramlink.

The Bakerloo line will be partly suspended on Sunday between Queen's Park and Harrow & Wealdstone to allow for Network Rail engineering work.

The District line will be partly suspended all weekend between West Kensington to Acton Town and Richmond while track replacement is carried out in the Turnham Green area. On Sunday, the closure is extended to Ealing Broadway to carry out points work at Acton Town.

The Jubilee line will be partly suspended early on Sunday morning until 11am between Waterloo and Finchley Road essential Jubilee line tunnel work is carried out.

The Piccadilly line will be partly suspended all weekend between Hammersmith and Acton Town/Ealing Common for track replacement work in the Turnham Green area and replacement of points at Acton Town.

The replacement work will require engineers to completely remove the existing lift cars as well as replace all of the structural, mechanical and electrical parts. Work to modify the steel structure work within the lift shaft is also required, adding to the complexity of the work.  Work on the remaining two lifts will take place from February 2015.

There is no entry  at Warren Street station on the Northern and Victoria lines Monday – Friday 7.30am – 09.30am until mid- April. Due to escalator repair work the station will operate as exit and interchange only for those two hours on weekday mornings. Customers should use nearby Goodge Street Northern line station instead. If you need the Victoria line take the Northern line from Goodge Street, then change onto the Victoria line at either Warren Street or Euston.

London Overground will be suspended on Saturday between Richmond and Willesden while London Underground work is carried out at Gunnersbury.

London Overground will be suspended on Sunday between Richmond and Camden Road while TfL is carrying out platform extensions and associated signalling works to prepare the Network for 5 car passenger service.

London Overground will be suspended on Sunday between Shepherd’s Bush and Willesden Junction while TfL is carrying out platform extensions and associated signalling works to prepare the Network for 5 car passenger services.

London Overground will be suspended on Sunday between Watford Junction and Queen’s Park owing to Network Rail track work.

London Overground will be suspended on Sunday between Surrey Quays and Clapham Junction owing to Network Rail track work.