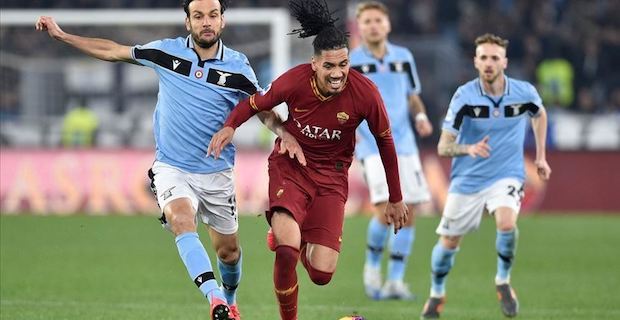 Italian professional football leagues would not restart from early May due to coronavirus pandemic, the country's sports minister said.  "Football [in Italy] won't restart on May 3," Vincenzo Spadafora told Italian daily La Repubblica on Sunday, adding resuming the top-tier Serie A matches on May 3 is "unrealistic". Spadafora stated that teams in top-tier Serie A division "made mistake" as they went on playing despite the COVID-19. The Italian Serie A matches in week 26 -- including the highly anticipated one between Juventus and Inter Milan on March 8 in Turin -- were played behind closed doors due to coronavirus outbreak.

"They should understand that nothing will be the same," Spadafora said. On March 9, the league matches in Italy were postponed until the beginning of April due to fears of the virus. On March 18, Spadafora said that the Serie A may resume on May 3. Italy confirmed 756 more deaths from coronavirus on Sunday as toll rose to 10,779. Spadafora added that they have been working on a €400 million ($446 million) support package to help Italian amateur sports federations. After first appearing in Wuhan, China, the novel coronavirus has spread to at least 177 countries and territories. According to data compiled by the U.S.-based Johns Hopkins University, nearly 684,700 cases have been reported worldwide, with the death toll above 32,100, and 145,696 recoveries.

Keywords:
COVID-19
Your comment has been forwarded to the administrator for approval.×
Warning! Will constitute a criminal offense, illegal, threatening, offensive, insulting and swearing, derogatory, defamatory, vulgar, pornographic, indecent, personality rights, damaging or similar nature in the nature of all kinds of financial content, legal, criminal and administrative responsibility for the content of the sender member / members are belong.
Related News