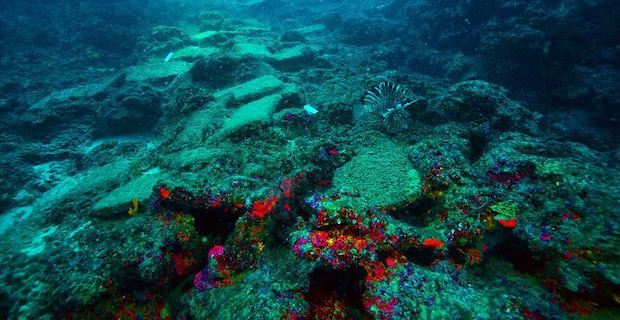 A merchant ship some 3,600 years old has been found off Turkey’s Mediterranean coast. The 14-meter (46-foot) shipwreck loaded with copper ingots was discovered by an underwater research team from Akdeniz University in Antalya, southern Turkey. Antalya Governor Munir Karaoglu hailed the discovery as a “breakthrough” in underwater archaeology.

“The length of the ship is 14 meters. The weight of copper ingots that it carries is 1.5 tons,” he added.

“This is also a ship carrying the earliest industrial products in the world," he said. "These features make it a breakthrough in scholarship."

The ship is believed to have sunk due to a storm it hit while sailing to the island of Crete or the Aegean Sea.

Keywords:
ShipwreckMediterranean Coast
Your comment has been forwarded to the administrator for approval.×
Warning! Will constitute a criminal offense, illegal, threatening, offensive, insulting and swearing, derogatory, defamatory, vulgar, pornographic, indecent, personality rights, damaging or similar nature in the nature of all kinds of financial content, legal, criminal and administrative responsibility for the content of the sender member / members are belong.
Related News