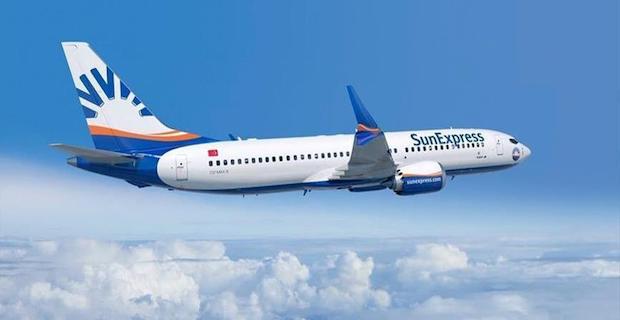 Turkish-German carrier SunExpress will offer a record high capacity of 6.4 million seats in its international flights for summer 2019.

The airlines will also significantly expand its flight frequencies between Turkey and Europe, it said in a statement.

Antalya-based SunExpress was founded as a joint venture of Turkish Airlines and Germany's Lufthansa in 1989. The carrier flies to 90 destinations in more than 30 countries.

SunExpress CEO Jens Bischof said that the company will operate direct flights from 16 points in Turkey to 36 destinations in Europe with adding new routes in the upcoming summer.

He remarked that the carrier offered 5 million seats to the touristic regions of Turkey last summer season.

"We will now continue to support Turkish tourism to get back to record breaking numbers in 2019," said Bischof.

The statement also said that the company will also start connecting Dalaman and Bodrum to Europe by March 2019.

The carrier will add new Anatolian destinations to its flight network as direct scheduled flights to Anatolia is the fastest growing market of SunExpress.

"Compared to last summer, we will offer 30 percent or almost 1 million more seats to this beautiful part of Turkey."

Keywords:
SunExpressTourism
Your comment has been forwarded to the administrator for approval.×
Warning! Will constitute a criminal offense, illegal, threatening, offensive, insulting and swearing, derogatory, defamatory, vulgar, pornographic, indecent, personality rights, damaging or similar nature in the nature of all kinds of financial content, legal, criminal and administrative responsibility for the content of the sender member / members are belong.
Related News