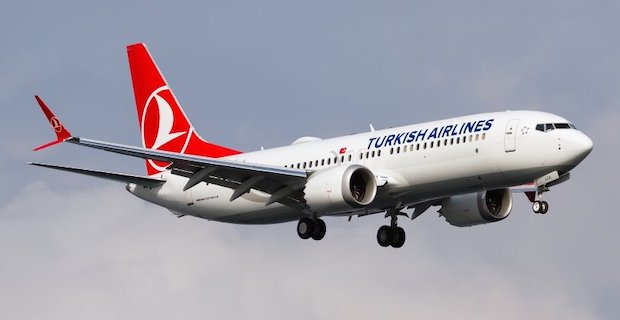 Turkish Airlines’ flight suspension due to coronavirus has been extended into early to mid June, the national flag carrier has announced. Domestic flights are now suspended until June 4 and international flights until June 10, said an airline statement late Wednesday. The earlier suspension lasted until May 28. Also under the decision, once flights resume, carry-on bags will not be allowed in the cabin area but will be checked with other baggage.

Handbags may be brought into the cabin.

Turkish Airlines, founded in 1933, boasts a fleet of 361 passenger and cargo aircraft.

Keywords:
Turkish AirlinesThy
Your comment has been forwarded to the administrator for approval.×
Warning! Will constitute a criminal offense, illegal, threatening, offensive, insulting and swearing, derogatory, defamatory, vulgar, pornographic, indecent, personality rights, damaging or similar nature in the nature of all kinds of financial content, legal, criminal and administrative responsibility for the content of the sender member / members are belong.
Related News