Womens are celebrating festival with racy glitter boobs and bums

Ahead of the cannabis-themed festival, they've launched hemp plant-shaped gems. 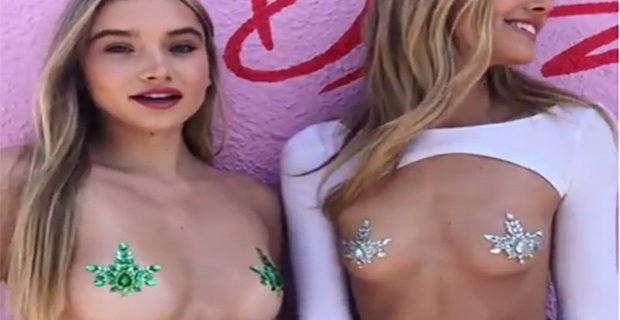 Ahead of the annual weed celebration, hash-inspired boobs and bums are being paraded on Instagram. Go Get Glitter is selling “Canniboobs” gemstones for £10.99. These naughty appliqués are shaped like hemp plants and can be placed anywhere on the body. Some use them as nipple covers for a glitter boobs look. Others apply the sparkles to their bottoms for a cheeky take on the trend. Pictures of the bedazzled body parts have been doing the rounds on Instagram. Dozens of fashion fans revealed they were planning on trying out the look. One responder wrote: “Love it – I would do it.” Another said: “So cute.” 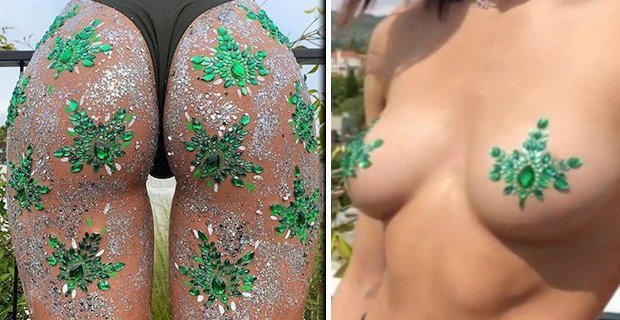 A third added: “Haha class!” Others weren’t so sure how practical the racy craze would be in real life. One responder admitted: “I’d probably ruin this somehow but it looks so fun.” A second confessed: “That's so dope! I feel like it would take forever to put on though!” Another remarked: “I love this I just wouldn't want to sit down.”

Keywords:
CANNABISBodies In CANNABIS
Your comment has been forwarded to the administrator for approval.×
Warning! Will constitute a criminal offense, illegal, threatening, offensive, insulting and swearing, derogatory, defamatory, vulgar, pornographic, indecent, personality rights, damaging or similar nature in the nature of all kinds of financial content, legal, criminal and administrative responsibility for the content of the sender member / members are belong.
Related News