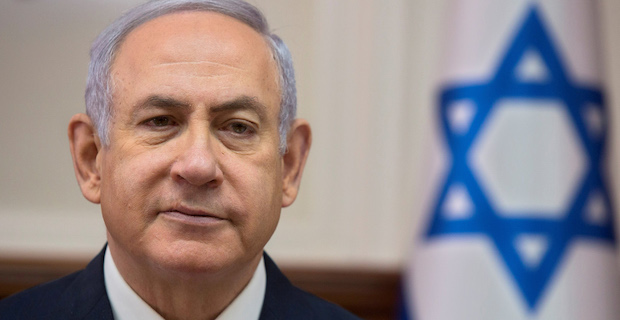 Prime Minister Benjamin Netanyahu appears to have been shaken by the Israeli attorney-general’s recent decision to indict him on bribery, graft and corruption charges in three separate cases.

Netanyahu has lashed out at Attorney-General Avichai Mandelblit, accusing him of being part of a left-wing plan to remove him from power by influencing Knesset elections slated for next month.

“The left-wing pressure has worked,” Netanyahu said at a press conference held after Mandelblit announced his decision to issue indictments.

“The first scenario is that he wins the elections and maintains the right’s Knesset majority,” Shalhat told Anadolu Agency.

In this scenario, the analyst said, Netanyhau would hit back forcefully against his domestic political rivals while stepping up repressive measures against the Palestinians to satisfy his revitalized electoral base.

Since 2009, Netanyahu has served as prime minister in coalitions including extreme right-wing parties.

According to Shalhat, a second scenario sees Netanyahu losing the polls to left-wing parties led by the Blue and White party of former Army Chief-of-Staff Benny Gantz and Yair Lapid’s Yesh Atid party.

“This would essentially mark the end of Netanyahu’s political career,” Shalhat said.

“The election will be a matter of life and death for Netanyahu,” he added. “If he loses, his [Likud] party will abandon him and leave him at the mercy of the judiciary.”

In a third possible scenario, Shalhat said, the attorney-general would issue indictments against the prime minister before elections are held on April 9.

“This would force his party’s leadership to pressure him to resign,” the analyst said.

The PM is also expected to be indicted for fraud and breach of trust in a case involving Israeli Hollywood producer Arnon Milchan, who was allegedly asked to purchase luxury items for Netanyahu and his wife.

A third case in which Netanyahu faces the specter of indictment concerns an alleged deal for favorable media coverage with Arnon Mozes, publisher of Hebrew-language daily Yedioth Ahronoth.

Mahdi Abdul-Hadi, another Palestinian political analyst, agrees the indictments could end Netanyahu’s political career -- but not the continued dominance of the Israeli right over the country’s body politic.

“The absence of left-wing parties from the political scene, the disintegration of the [centrist] ‘Zionist Camp’ coalition, and the decline in the Labor Party’s popularity all indicate that there is no real leftist political presence in Israel,” Abdul-Hadi told Anadolu Agency.

"Israeli society is right-wing by nature,” he said. “It keeps producing right-wing parties and movements in various forms and coalitions."

"If a new prime minister is elected,” Abdul-Hadi went on to speculate, “the resulting changes would likely be confined to domestic affairs and not foreign policy."

Keywords:
Benjamin NetanyahuPrime Minister Benjamin Netanyahu
Your comment has been forwarded to the administrator for approval.×
Warning! Will constitute a criminal offense, illegal, threatening, offensive, insulting and swearing, derogatory, defamatory, vulgar, pornographic, indecent, personality rights, damaging or similar nature in the nature of all kinds of financial content, legal, criminal and administrative responsibility for the content of the sender member / members are belong.
Related News