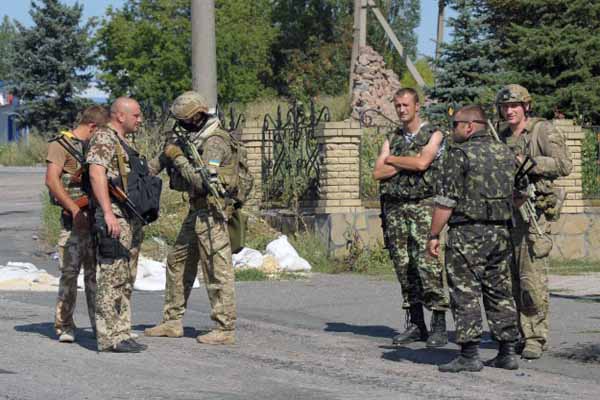 Ukrainian forces abandoned Luhansk airport in the eastern part of the country Monday. Pro-Russian separatists clashed with the Ukrainian soldiers for control of the airport in Luhansk on Sunday evening, said Andrei Lysenko, spokesman for the Ukraine National Security Council on Monday. Lysenko stated that Ukrainian forces were forced to withdraw from Luhansk airport in the evening hours Monday as pro-Russian separatists were supported by a column of Russian tanks. Interior Ministry’s spokesman Zoryan Shkiryak said on social media that Russian forces had carried out a missile strike on the airport.  "Ukrainian land forces had to retreat to prevent an excessive loss of life following the Russian army's shootings," said Shkiryak. Kiev launched military operations in the eastern provinces of Donetsk and Luhansk in mid-April to restore government control after pro-Russian separatists declared independence of the regions. It had been relatively successful in pushing the separatists back. But, amid recent accounts of Russian troops present on Ukrainian soil, the government forces have begun to lose ground.