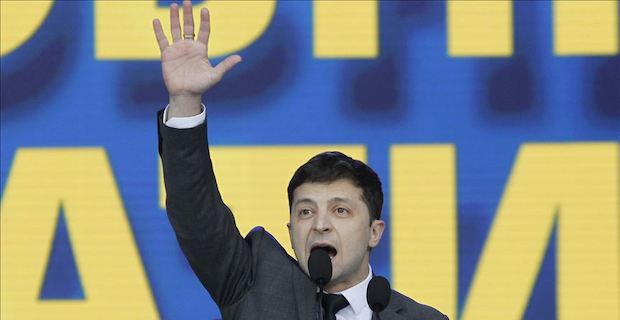 Ukrainian comedian Volodymyr Zelensky won a landslide victory against his rival Petro Poroshenko in the second round of the presidential elections, according to the exit polls. According to the National Exit Poll, Zelensky -- candidate of the Servant of the People Party -- secured 73.2% of the votes, whereas Poroshenko got 25.3%. The poll announced that the turnout was at 62%.  Following the announcement of the unofficial results, Zelensky thanked the Ukranians for their support. "We have done it together," he was quoted as saying by Ukrinform news agency.

Poroshenko -- who congratulated the new president-elect -- admitted that the results were clear. However, defeated Poroshenko also signaled that he will not retire from politics in a speech at his campaign headquarters. 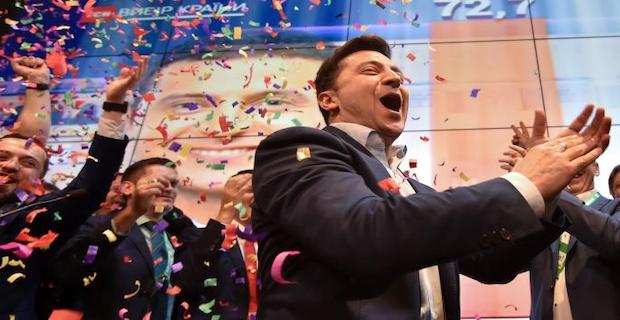 Zelensky turned his Servant of the People TV series into reality, in which he plays an ordinary teacher who gained huge popularity in the country with his impressing speech against corruption and found himself taking over the presidential seat.

The official results will be announced by May 1.

After the first poll results on March 31, no candidate surpassed the 50-percent threshold, paving way for a second round in the presidential elections.

Keywords:
ZelenskyVolodymyr ZelenskyUkrainian Comedian Volodymyr Zelensky
Your comment has been forwarded to the administrator for approval.×
Warning! Will constitute a criminal offense, illegal, threatening, offensive, insulting and swearing, derogatory, defamatory, vulgar, pornographic, indecent, personality rights, damaging or similar nature in the nature of all kinds of financial content, legal, criminal and administrative responsibility for the content of the sender member / members are belong.
Related News