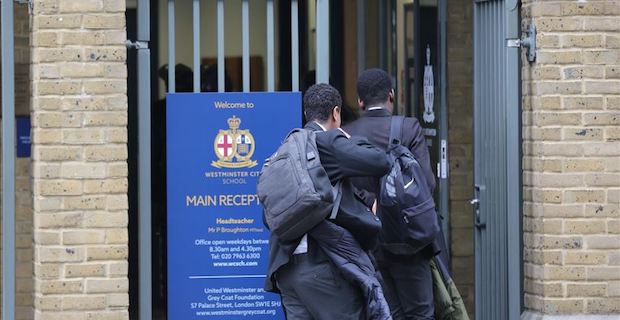 The British government outlined its plan to fully reopen English schools in autumn as health authorities announced a further 89 deaths from coronavirus across the UK over the past 24 hours.

“As of 5pm on 1 July, of those tested positive for coronavirus, across all settings, 43,995 have sadly died.”

The British government announced on Thursday its plans to fully reopen schools in England in September, along with its safety guidelines. These are based on the idea that whole classes are to be kept separate from each other in “bubbles.” There will also be increased testing for parents if children develop coronavirus symptoms at school.

Gavin Williamson, the education secretary, said: “I want to reassure parents and families that we are doing everything we can to make sure schools, nurseries, colleges and other providers are as safe as possible for children and staff, and will continue to work closely with the country’s best scientific and medical experts to ensure that is the case.”

Geoff Barton, the general secretary of the Association of School and College Leaders, was quoted by the Guardian as saying: “It will be immediately apparent to anyone reading this guidance that it is enormously challenging to implement. The logistics of keeping apart many different ‘bubbles’ of children in a full school, including whole-year groups comprising hundreds of pupils, is mind-boggling.”

Opposition Labour leader Sir Keir Starmer said: “I want all children back in school as quickly as possible, and certainly by September, and I think that’s achievable. I actually think that many more children could be back now if there had been a better plan and better leadership.”

Scottish First Minister Nicola Sturgeon announced face masks will be compulsory inside shops and the two-meter social distancing rule will be relaxed in certain premises from July 10, when bars and restaurants are due to open.

Since first appearing in Wuhan, China last December, the infection has spread to at least 188 countries and regions, according to Johns Hopkins University.

The pandemic has claimed almost 518,000 lives, with over 10.78 million confirmed cases and more than 5.52 million recoveries.

Keywords:
UKCoronavirusEnglish SchoolsBritish Government
Your comment has been forwarded to the administrator for approval.×
Warning! Will constitute a criminal offense, illegal, threatening, offensive, insulting and swearing, derogatory, defamatory, vulgar, pornographic, indecent, personality rights, damaging or similar nature in the nature of all kinds of financial content, legal, criminal and administrative responsibility for the content of the sender member / members are belong.
Related News