Man, woman found unconscious some miles away from site of alleged nerve agent attack in March; no risk seen to wider public 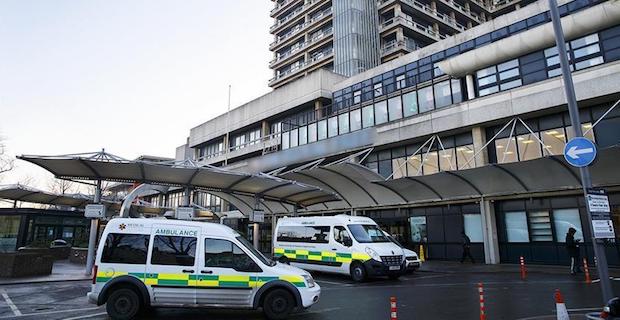 Police in southwest England on Wednesday declared a “major incident” amid suspicions that two people who were found unconscious “might have been exposed to an unknown substance.”

A man and a woman, both in their 40s, were found unconscious Saturday evening in Amesbury, only miles away from Salisbury, the site of an alleged nerve agent attack this March, according to a statement by the Wiltshire Police.

“They are both currently receiving treatment for suspected exposure to an unknown substance at Salisbury District Hospital,” the statement said, adding that both are in critical condition.

“It was initially believed that the two patients fell ill after using possibly heroin or crack cocaine from a contaminated batch of drugs.

“However, further testing is now ongoing to establish the substance which led to these patients becoming ill and we are keeping an open mind as to the circumstances surrounding this incident,” said the statement.

Police cordoned off areas in Amesbury and Salisbury which the individuals frequented before they fell ill.

“Based upon the number of casualties affected, it is not believed that there is a significant health risk to the wider public,” a health official said.

On March 4 former Russian spy Sergei Skripal, 66, and his daughter Yulia were admitted to hospital after being found unconscious in Salisbury.

“Mr. Skripal and his daughter were poisoned with a military-grade nerve agent of a type developed by Russia,” British Prime Minister Theresa May said following the attack.

The incident drew comparisons to the 2006 death of former KGB agent Alexander Litvinenko after drinking radioactive tea. Former KGB bodyguards identified as suspects in the murder denied any involvement.

Sergei Skripal was granted refuge in the U.K. following a 2010 spy exchange between the U.S. and Russia. Before the exchange, he had been serving a 13-year prison sentence for leaking information to British intelligence.

Russia missed a deadline set by London to explain how a military-grade nerve agent was used in the attack and faced a global expulsion of 153 Russian diplomats.

NATO and the EU supported the U.K. and condemned the attack.

Sergei and Yulia Skripal have since been discharged from Salisbury District Hospital.

Keywords:
Major Incident
Your comment has been forwarded to the administrator for approval.×
Warning! Will constitute a criminal offense, illegal, threatening, offensive, insulting and swearing, derogatory, defamatory, vulgar, pornographic, indecent, personality rights, damaging or similar nature in the nature of all kinds of financial content, legal, criminal and administrative responsibility for the content of the sender member / members are belong.
Related News